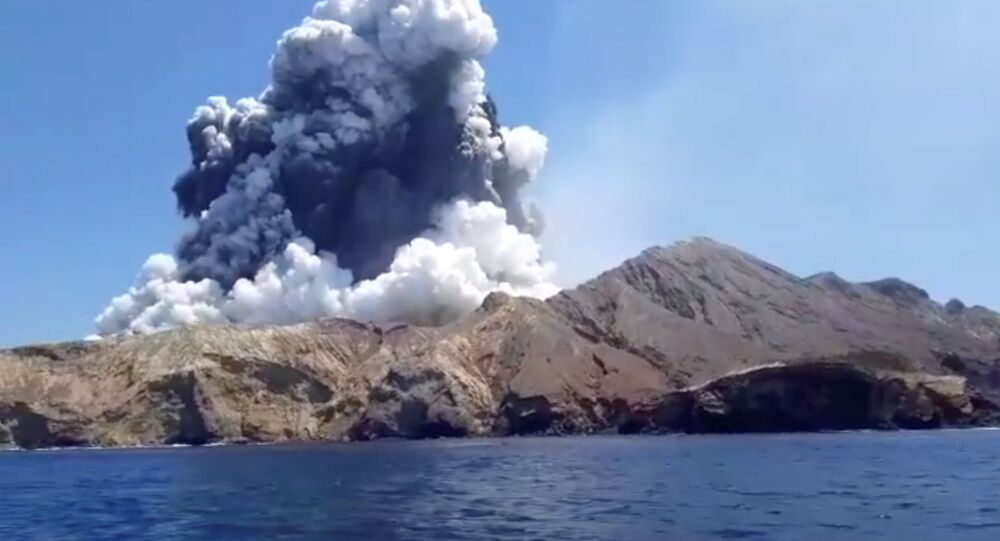 New Zealand police on Tuesday announced that they had terminated the search for the bodies of two people who went missing following the deadly volcanic eruption that took place on December 9 on the country’s White Island.

"The search for the two missing victims of the Whakaari/ White Island eruption has been suspended," Bay of Plenty District Commander, Superintendent Andy McGregor said in a Tuesday statement, Channel News Asia reported.

"The families of the two missing people have been informed of this decision. Police remain ready to respond if new information comes to light," he added.

The two missing people are 17-year-old Australian tourist Winona Langford and 40-year-old New Zealand tour guide Hayden Marshall-Inman. Their bodies are believed to have been carried into the ocean following the eruption of the stratovolcano.

The eruption caused at least 100 people to evacuate the island. On Monday, New Zealand police announced that the official death toll as a result of the volcano stood at 17.

In a statement, Australian Prime Minister Scott Morrison told reporters he was certain the New Zealand government did everything it could to find the missing bodies.

“I have no doubt that they are exhausting every, every channel available to them to recover those remains,” Morrison said.

“I can only say thank you, kia ora to New Zealand, and for everything that they’ve done to assist the Australians and Australian families,” he said using a Māori articulation of thanks. The Māori are indigenous Polynesian people of New Zealand.

Earlier this month, Police Deputy Commissioner John Tims said the authorities would launch a criminal investigation into the circumstances surrounding the deaths to determine whether any of New Zealand’s workplace health and safety codes were violated, leading to unnecessary deaths.

New Zealand Police Open Investigation After 5 Die, Over 40 are Injured in Volcano Eruption