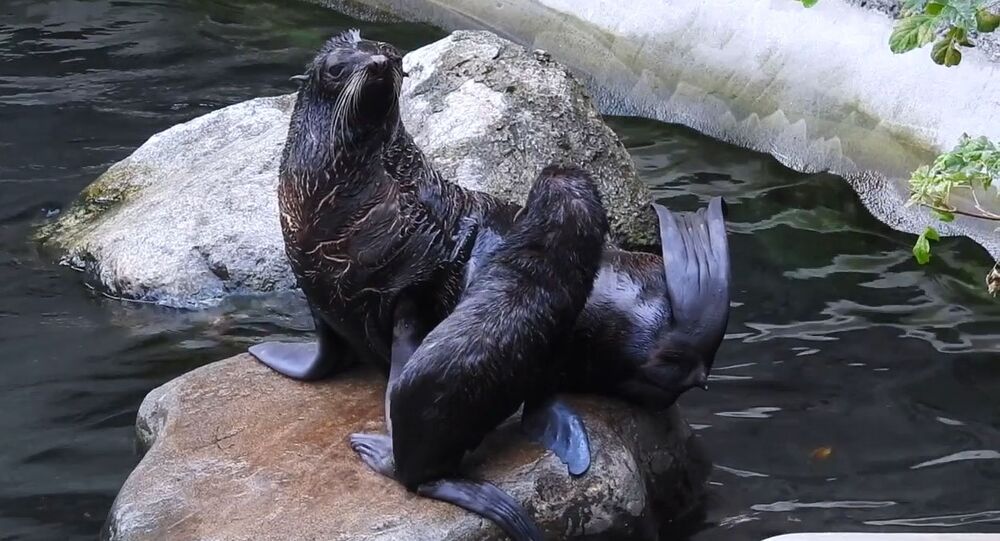 In a new study, researchers found that melting Arctic sea ice is linked to the introduction of the highly contagious phocine distemper virus (PDV) to the Northern Pacific Ocean, thereby suggesting that climate change can impact animal health in unforeseen ways.

Scientists were baffled when sea otters in Alaska were initially diagnosed with PDV in 2004, since the disease had only been previously detected in Europe and on the East  Coast of North America, the National Geographic reported. The disease was first detected in 1988 in northern Europe when it caused the death of around 18,000 seals. Symptoms of the disease - which is pathogenic for animals, particularly seals and other pinnipeds - include fever, labored breathing, discharge from the nose and eyes and eventually death.

“How did a virus that had previously been seen in the Atlantic Ocean end up in the Pacific Ocean?” is the question lead researcher Tracey Goldstein sought to answer.

Using 15 years of Arctic sea ice measurements and data on the migration patterns of animals, the researchers concluded that melting of Arctic sea ice due to climate change opened new migration routes for marine mammals, allowing the virus to spread to previously unscathed areas. The researchers also used blood and nasal swab samples from animals like seals and otters in areas ranging from Southeast Asia to Russia to determine which populations had been exposed to PDV.

“The loss of sea ice is leading marine wildlife to seek and forage in new habitats and removing that physical barrier, allowing for new pathways for them to move," Goldstein, who is also the associate director of the One Health Institute at the University of California Davis School of Veterinary Medicine, is quoted as saying by Science Daily. "As animals move and come in contact with other species, they carry opportunities to introduce and transmit new infectious disease, with potentially devastating impacts.”

In addition, the stress of traveling and looking for food can weaken the animals’ immune systems, making them more susceptible to the disease.

"As sea ice continues its melting trend, the opportunities for this virus and other pathogens to cross between North Atlantic and North Pacific marine mammals may become more common," researcher Elizabeth VanWormer concluded, Science Daily reported. "This study highlights the need to understand PDV transmission and the potential for outbreaks in sensitive species within this rapidly changing environment."

PDV is not the only illness-causing microbe that may be spreading rapidly due to climate change. Warming ocean temperatures can also lead to the proliferation of dangerous algal blooms along the US West Coast, which can be deadly to animals, according to Shawn Johnson, the director of veterinary science at The Marine Mammal Center in Sausalito, California, NBC News reported.

According to the North Carolina Department of Health and Human Services, blue-green algae, also known as cyanobacteria, are microscopic algae that typically grow in fresh bodies of water. Using the sun as an energy source, the bacteria rapidly multiply in what is called a “bloom,” which is harmful to humans, a variety of animals and even aquatic plants due to the toxins it releases.

“We’re seeing more and more of these toxic blooms affecting our animals,” Johnson said. “This is not unique. It’s just another important piece of evidence showing that climate change is impacting the marine mammals all up and down the West Coast.”