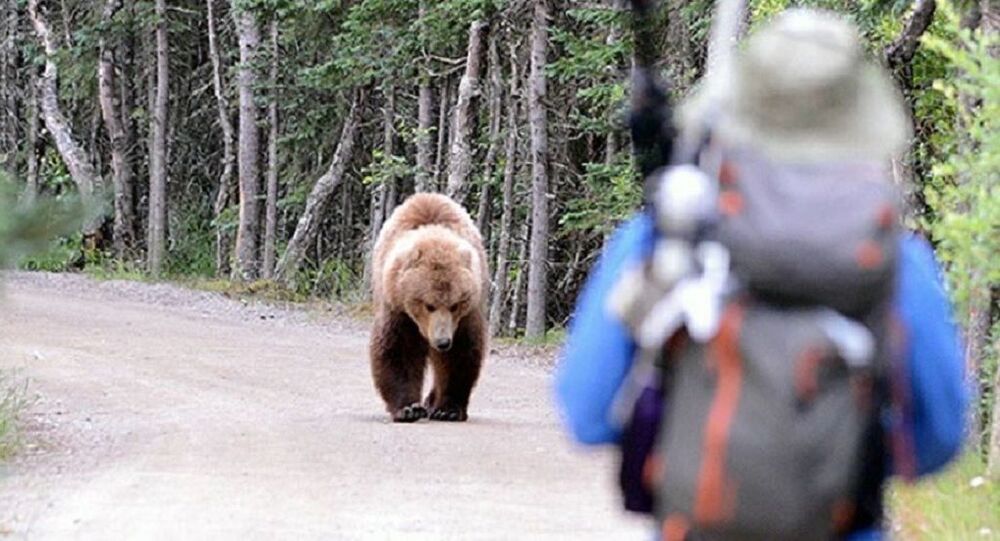 The show, slated for early next month, will culminate when the remaining two human challengers come face-to-face with a bear weighing about 1,400 pounds (635 kilograms).

Discovery Channel has announced a new competition show which pits humans against grizzly bears in tests of “strength, speed and stamina”, which is due to premiere on 4 December. The human competitors reportedly include both men and women.

The “Man vs Bear” series will include “challenges inspired by what bears do naturally in the wild”, the channel said, referring to rolling massive logs, tree-climbing, eating competitions and a “monumental game of tug of war”.

In their Utah wildlife sanctuary, three bears, nicknamed Bart, Honey Bump, and Tank, will be “rewarded handsomely with their favourite treats before, during and after every event” of the show, according to programme-makers.

They said that the competitions are “designed around the exercise routines they regularly follow — a combination of encouraging natural Grizzly instincts and actions”.

We can bear-ly contain our excitement with this new announcement! Thrilled to welcome Bart, Honey Bump and Tank to the Kinetic family 🐻 Can’t wait for the premiere of Man Vs Bear only on Discovery! #ManVsBear pic.twitter.com/Ji7XBhrq0E

In the final round of the show which will be filmed in the presence of animal welfare consultants, the top two competitors will have to compete with 8 feet 6 inches ( 2.5 metre)-tall Bart, who weighs approximately 1,400 pounds, or 635 kilograms,

The human competitor who manages to rack up the most points of the day will be declared champion.

The Hollywood reporter website cited said Ira, an MMA fighter and competitor from Dallas, as saying that “competing against bears is both scary and exciting”.

“It’s competing against the unknown. This is a completely new challenge for me,” Ira added.

The show-runners, for their part, said that there will be a blow-by-blow commentary from Brandon Tierney, a sports commentator, and  wildlife expert Casey Anderson during the series.