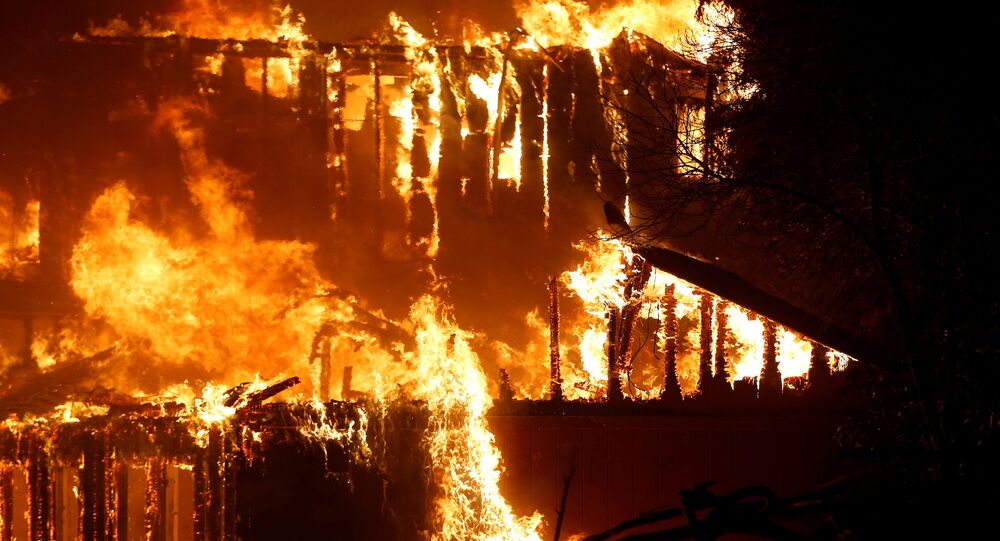 More than 500 firefighters are trying to contain the fast-moving Kincade Fire in Northern California’s Sonoma County that has spread across 10,000 acres and forced the evacuation of at least 2,000 residents.

At a Thursday press conference, officials with the California Department of Forestry and Fire Protection (Cal Fire) said that the fire was at 0% containment. It’s unclear how many structures have been destroyed by the fire, but no injuries have been reported so far.

​"The winds have died down considerably but because of the winds last night we weren’t able to get resources around the fire," Mark Parks of Cal Fire said at the press conference, reported the San Francisco Gate. "Our aircraft can’t drop in those conditions. When you have that kind of wind speed, the resistance to control is beyond our capabilities. Because of the terrain and fuel conditions and the heat and humidity, the containment is still very challenging."

​At least 500 personnel and eight air tankers are trying to quell the Kincade Fire, which is located near the Geysers geothermal power plant, northeast of the city of Healdsburg. Officials have speculated that the blaze may have been fueled by high winds that caused electric utilities to cut off power to thousands of residents in 17 counties on Wednesday.

Additionally, red flag warnings have been instituted for more than 25 million people in Northern and Southern California.

Several communities in California are under mandatory evacuation orders, including all of Geyersville, a community about 80 miles north of San Francisco.

​According to Parks, the fire is expected to grow Thursday.

"The rugged terrain, the rapidly expanding incident and the darkness last night made it tough to get a good, accurate picture of the amount of acreage" the fire is covering, he added.

Elsewhere in California’s Canyon Country, firefighters are working to contain the brush fire since named the Tick Fire, which has spread to some 200 acres in Agua Dulce. Local news station KTLA 5 reported that no evacuation orders have been issued as of yet.