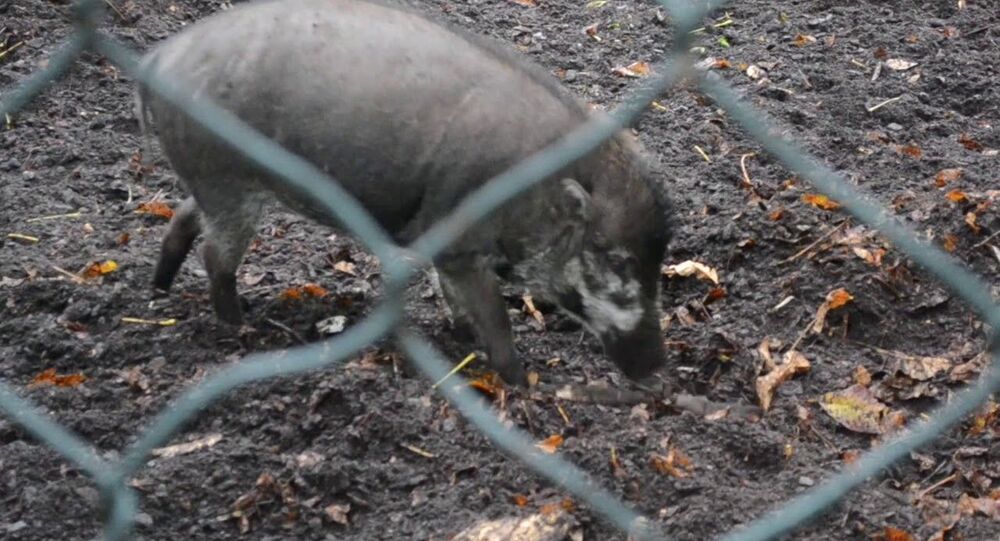 Will They Fly Next? Pigs Get Filmed Using Tools for the First Time

The fact that pigs haven’t been spotted using tools, like some other wild species out there, might stem from the fact that wild pigs aren’t particularly well studied.

A peculiar animal behavior was observed by scientists in a Parisian zoo where wild pigs were seen, and even filmed, using tools – something that this species has never been previously seen doing.

According to National Geographic, ecologist Meredith Root-Bernstein, a visiting researcher at the Musée de l’Homme in Paris, originally detected this behavior back in 2015 when she was observing a family of Visayan warty pigs at the Ménagerie du Jardin des plantes and noticed that one of the creatures picked up a piece of bark in its mouth and started using it to dig.

"I said, Whoa, that’s pretty cool", she remarked. "When I looked up tool use in pigs, there was nothing".

Subsequent observations led Root-Bernstein and her colleagues to believe that the tool-use they witnessed is related to nest-building which Visayan warty pigs generally perform every six months in preparation for the arrival of piglets.

The media outlet also points out that while many wild species, like chimpanzees, crows and even dolphins, are known to use tools, such phenomenon was never previously reported in any pig, wild or domestic.

However, Root-Bernstein argued that since wild pigs are little studied, and, "in most cases", either endangered or critically endangered, "it may not be so unusual that such innovation has escaped human eyes".

She also noted that tool use is a fascinating trait to study because animals share it with humans, and that it might even “highlight a common evolutionary history”.

"It brings us closer to animals, and helps us realize it’s all connected", she said.