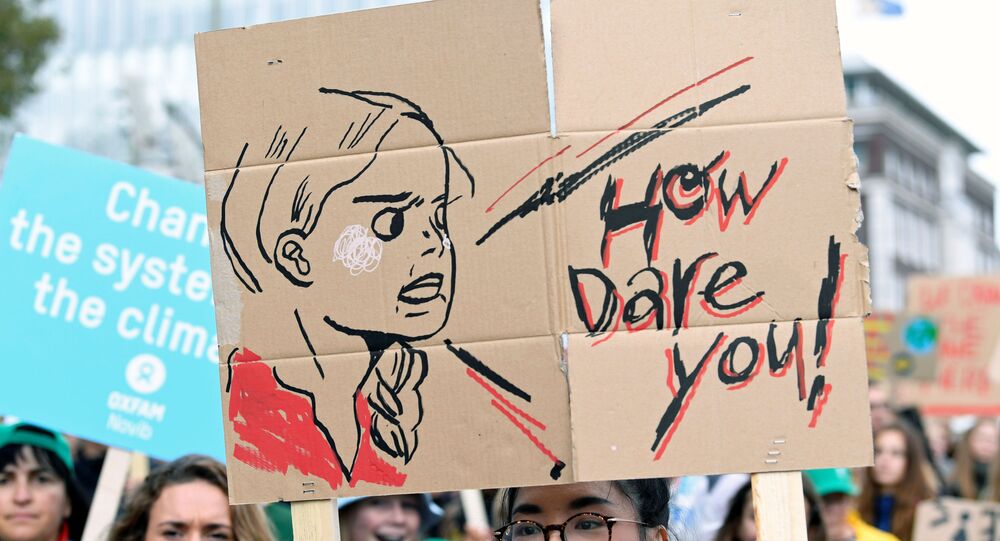 16-year-old Greta Thunberg has already won a plethora of awards, including this year's Right Livelihood, also known as the “Alternative Nobel”.

The refugee crisis and climate change may play a central role when the Nobel Peace Prize is awarded on Friday, Norway's Nansen Peace Centre suggested, pointing out that Swedish climate activist Greta Thunberg is one of the favourites.

“The Earth will survive the environmental crisis, but it is not obvious that the same applies to humanity. Peace is threatened in many places on Earth, and fighting for the environment also prevents conflicts,” Alfredo Zamudio, the head of the Nansen Peace Centre, said.

The 16-year-old activist who rose to become the figurehead of the international climate movement, urging schoolchildren to walk away from school to demand a more stringent policy from their respective governments, currently tops their list of favourites. According to the Nansen Peace Centre, Thunberg “inspired and mobilised millions of children around the world to act against climate change”.

The teenage climate activist is currently listed among the Norwegian Peace Prize Council's favourites and tops the bookmakers' list as well.

The Nobel Peace Prize would come as no surprise, given Thunberg's numerous accolades. In her native Sweden, Thunberg has been named “woman of the year”. In May 2019, she was featured on the cover of Time magazine, which named her a “next generation leader” and a role model. Thunberg has been the recipient of numerous honours and accolades, including a Royal Scottish Geographical Society fellowship and the Right Livelihood Award. However, her stance is not without controversy due to exploitation concerns over her medical record that includes Asperger's and autism.

Her fellow environmentalist Brazilian shaman Davi Kopenawa Yanomami, who is fighting for the rights of the Yanomami Indian tribe and the conservation of the Amazon rainforest, is also in the Peace Center's list. In their rationale, they write that Yanomami has challenged the massive and increasing devastation of the rainforest.

“The award will help him and indigenous peoples around the world to be listened to at a time when we need to take care of the one globe we have,” the Nansen Peace Centre argued.

While Henrik Urdal, the director of the Peace Research Institute in Oslo (PRIO) said that little suggests a link between alleged climate change and an increase in conflicts, thus presuming that the award is less likely to go to a candidate working to address climate issues; however, the Nobel Committee has repeatedly made a connection between the environment and peace work. In 2004, Kenyan environmental activist and founder of the Green Belt Movement Wangari Maathai received the Peace Prize for her efforts to promote tree planting to prevent soil erosion in Africa. In 2007, former US Vice President Al Gore and the UN Climate Panel (IPCC) jointly received the award for their efforts to protect the environment.

In addition to climate issues, the refugee crisis may become another theme for this year's Nobel Peace Prize, with the Office of the UN High Commissioner for Refugees being yet another favourite.

Lastly, Ethiopian Prime Minister Abiy Ahmed Ali, who has been instrumental in putting an end to the protracted conflict with neighbouring Eritrea, has also been named as a likely candidate.

“Without the help of a third party, the leaders of Ethiopia and Eritrea managed to end the war that lasted from 1998 to 2018, a conflict that cost more than 100,000 lives. The Peace Prize for these could encourage other leaders in the region,” the Nansen Peace Centre concluded.

All in all, there are 301 candidates registered for the Nobel Peace Prize this year, including 223 people and 78 organisations.

The laureate will be announced on Friday, 11 October.