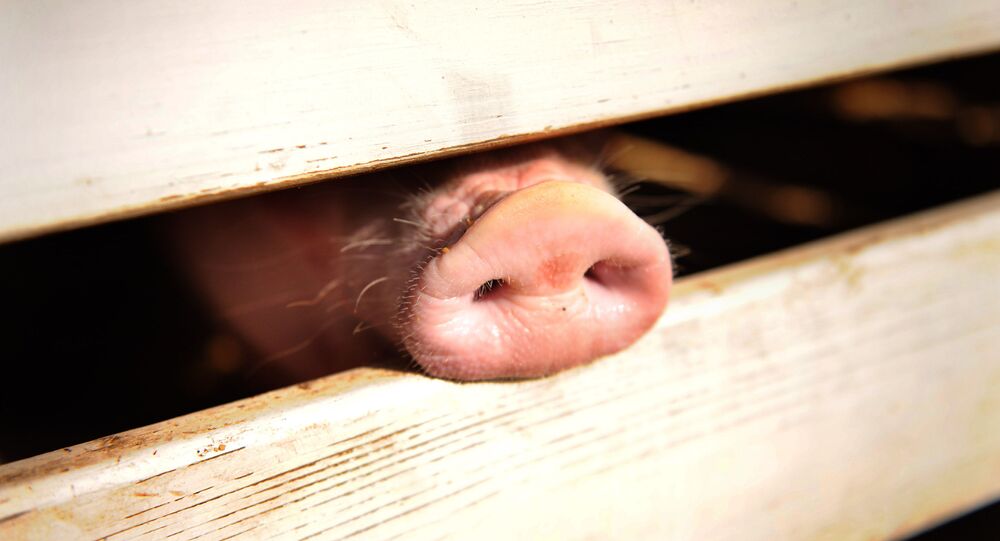 ‘Breeding Pigs to Gigantic Proportions Is Contrary to Science’ – Expert

Increasing the weight of a pig can bring only short-term benefits; moreover, such an approach is contrary to general norms, said Ren Shouwen, a researcher in the Animal Husbandry Institute at the Jiangsu Academy of Agricultural Sciences in Nanjing, China.

Bloomberg reported earlier that some farms and large meat producers in China are trying to increase the weight of their pigs. A farmer from Nanning set a record for pig-breeding. His pigs weigh 500 kg, and in size, they resemble polar bears. According to the agency, their cost is 10000 yuan, which is three times higher than the average monthly real income in the region.

"There is a shortage of pork in the market at the moment, so some farmers have begun to grow gigantic pigs. However, this method of breeding is contrary to science," Ren said.

"In the early stages, the pig mainly gains muscle, then fat begins to appear. In terms of efficiency, fat production is inferior to muscle production, and the value of fat is lower,” he said.

According to Bloomberg, by fattening up animals to enormous proportions, producers hope to eliminate the consequences of an outbreak of African swine fever (ASF). According to analysts, by increasing the weight of a pig even from 110 to 140 kg, a farm business can increase its profit by 30%.

Ren Shouwen, who is a researcher in the Animal Husbandry Institute at the Jiangsu Academy of Agricultural Sciences,  disagrees with this analysis:

"The time of feeding increases, so the production time is delayed. Moreover, the more time it takes to feed, the more resources are required. The sooner pork enters the market, the more it can fill the gap. Giant pigs’ breeding delays their production, so this will not help to cope with the deficit," he says.

According to Ren, the mass production of giant pigs in China is hardly possible – growing fat, and not meat, is not cost-effective at all. Apart from that, Ren believes that pork with a higher fat content, will be inferior to the meat of animals of normal size and taste.