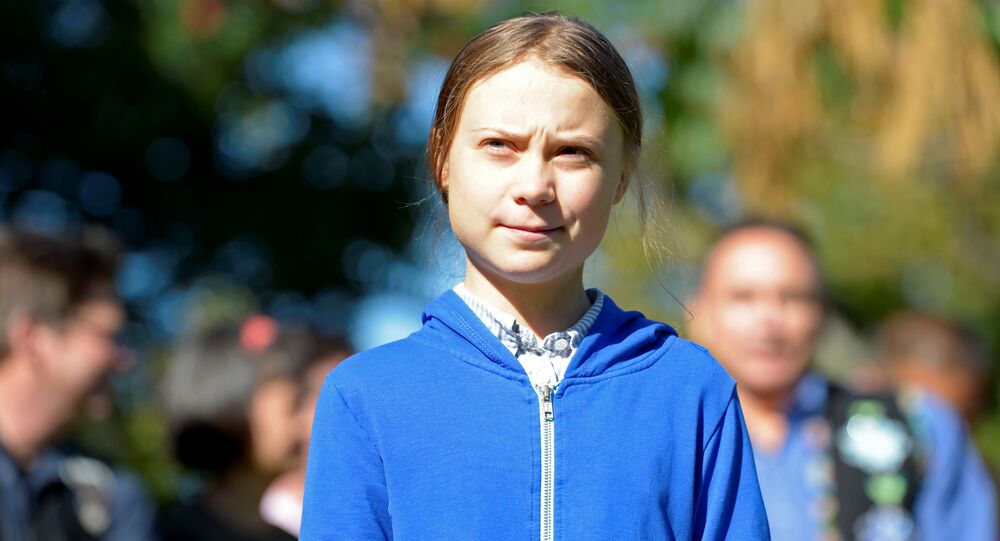 In 2016, when Greta Thunberg was only 12 and her family contacted national broadcaster SVT with a TV series suggestion about her environmental commitment, SVT rejected the idea, only to regret it bitterly.

Greta Thunberg's parents have proposed that the Swedish national broadcaster SVT make a TV series about how she managed to convince them to re-think climate issues, the newspaper Expressen reported.

This happened in spring of 2016 when Greta Thunberg was only twelve years old, and far from being the climate celebrity, she is today.

"She had a really good idea about how her daughter forced her to re-think her ways, and how Malena became the involuntary environmental fighter who stopped flying, had to change her career and make a lot of other changes at home", Karin af Klintberg told Expressen.

Admittedly, the idea was to shoot six to eight half-hour episodes following Greta and her environmental commitment. At this time, Greta was said to have walked the streets and putting stickers on cars with excessive emissions.

According to af Klintberg, preparations were in place to minimise the public exposure of Thunberg, who was riddled with several psychological issues, such as Asperger's, obsessive-compulsive disorder and selective mutism, and was uncomfortable with strangers. Af Klingberg stressed that experience later showed that Thunberg was "moving around like a queen".

However, the project received a cold response from SVT.

SVT producer Eva Beckman recalled a "fairly undeveloped idea" by Malena Ernman and her spouse author and actor Svante Thunberg, which was rejected due to a similar project going on with other people.

"Karin af Klintberg later told us that Malena Ernman had an enterprising daughter who was climate-engaged and knowledgeable, but Greta was completely unknown at that point", Beckman told the newspaper, admitting that she later had second thoughts and believed it was "stupid to refuse".

While the TV series never materialised, and Greta Thunberg went on to become the figurehead of a massive climate movement, many found the very idea extremely unappealing.

"Damn it! The Thunberg-Ernman family tried to commercialise their daughter as early as 2016. At that time, she was only 12 years old. This spectacle is only getting worse and worse. They wanted to get their daughter into a media spectacle at all costs, and they succeeded", one user remarked bitterly.

​“Glad we escaped this. Exploitation of children. Some parents know no bounds at all”, another angry user Tweeted.

​“Think it should set off warning bells for this family. Greta is not doing well, and it won't get any better if this is allowed to continue. Time for parents and others to take responsibility if the girl is to feel good”, another one joined in.

​“No no no! Don't even and try to smear the fluffy goody-goody image of the lonely girl with the sign that conquered the world totally on her own. Shame on you, nasty jealous white middle-aged guy!” another sarcastic comment said, parroting the popular narrative that Thunberg's efforts are being subverted by white males.

​Others called the Ernman-Thunbergs a “sick family”, suggesting that child labour is illegal.

At 16, Thunberg is the nominal leader of the international Fridays for Future movement, in which thousands of children walk away from school to demand more drastic climate measures. She has received a plethora of national and international awards, most recently the Right Livelihood award, and is seen as a frontrunner in the race for the Nobel Peace Prize.