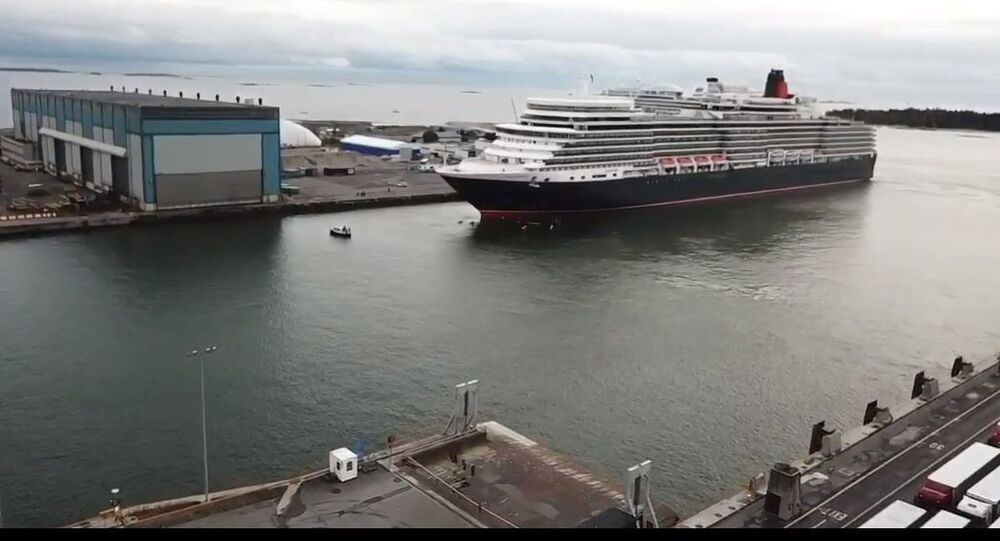 The Finnish group Elokapina is part of the broader Extinction Rebellion movement, whose goal is to use civil disobedience and non-violent resistance to compel government action on climate issues.

Climate activists have blocked the Russia-bound cruise liner MS Queen Elizabeth in Helsinki harbour on Wednesday evening, as it tried to leave for Saint Petersburg.

Kayak-mounted activists from Elokapina, which is part of the international group Extinction Rebellion, delayed the departure of the 16-deck 300-metre long Cunard liner from Hernesaari port for around an hour.

The 90,000-tonne cruise ship was scheduled to leave for Saint Petersburg at 5 p.m., but Elokapina activists paddled in front of the vessel, forcing it to wait.

One person was subsequently detained by the Helsinki police.

The press was rather sympathetic about the move, with the local news outlet News Now suggesting that it takes “nerves of steel” to perform such a stunt, but ordinary Finns were more sceptical.

​“All I see is a bunch of idiots on canoes”, another one mused.

​“Where's the police? It's just silly stuff from these activists”, yet another one gave the action the thumb-down.

​The MS Queen Elizabeth is a cruise ship of the Vista class operated by the Cunard Line. The vessel can carry up to 2,092 passengers.

Elokapina has been operating in Finland since 2018. Admittedly they are committed to civil disobedience and non-violent action which may cause disruption in order to draw attention to perceived environmental issues such as climate change.

It is part of the broader Extinction Rebellion movement, which has launched similar disobedience campaigns under the motto “Rebel for Life” in order to stress the urgency of direct environmental action. They perceive large cruise ships as incompatible with the idea of "sustainable tourism".