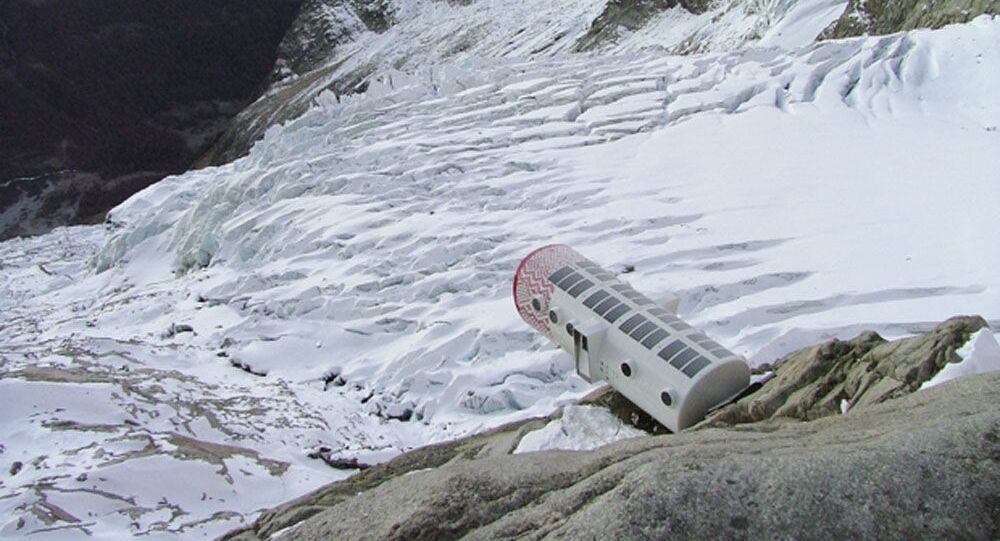 Tourists are not allowed near the Grandes Jorasses mountain citing the impending collapse of 250,000 cubic meters of ice. The issue was brought up by Italy’s Prime Minister at UN General Assembly debate.

Italy’s authorities ordered the closure of roads and the evacuation of huts on its side of Mont Blanc, saying the Planpincieux glacier at Grandes Jorasses mountain is about to collapse, CNN reported Wednesday.

According to the report, a slab of some 250,000 cubic meters of ice is about to break off the rest of the glacier, as the ice moves at a speed of 50 to 60 centimeters each day.

Experts at the Valle d'Aosta regional government and the Fondazione Montagna Sicura (Safe Mountain Foundation) say that the imminent collapse is a result of ongoing climatic changes and admit that the exact time of collapse is impossible to predict.

As a result of global warming, Planpincieux Glacier, close to Courmayeur Alpine Resort, could collapse in a sparsely populated valley. Almost 250,000 cubic metres of ice may break away. Experts have said that the glacier is sliding at a speed of 50 to 60 cm per day. pic.twitter.com/qAnPtair4w

​"These phenomena once again show that the mountain is going through a phase of strong change due to climatic factors, therefore it is particularly vulnerable," says Stefano Miserocchi, mayor of nearby Courmayeur. "In this case, it's a temperate glacier particularly sensitive to high temperatures."

According to the mayor, the impending collapse will not harm nearby residential areas or tourist facilities, but mountain huts will be forcibly evacuated.

The Mont Blanc range, which marks the natural border between Italy and France, hosts some of Europe’s highest mountains (11 of its peaks are above 4,000 meters) and is popular among hikers, climbers and skiers.

Italian Prime Minister Giuseppe Conte referred to the Mont Blanc glacier issue during his speech at the UN General Assembly in New York on Tuesday.

"It is now news that a glacier on Mont Blanc risks collapsing," he said. "It's an alarm that cannot leave us indifferent. It must shake us all and mobilize us."