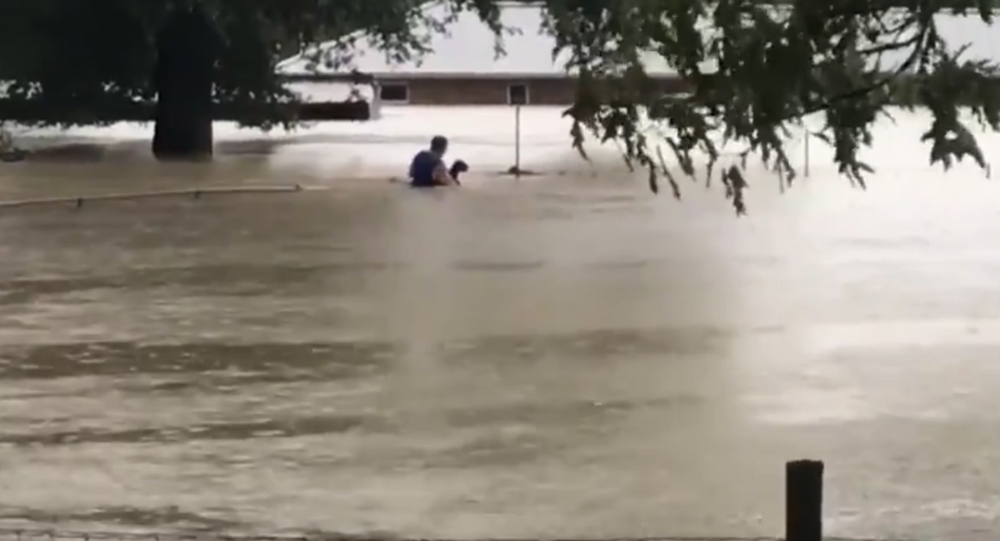 Tropical Depression Imelda has inundated some parts of Texas with up to 35 inches of rain, causing severe flash flooding in the cities of Houston and Beaumont Thursday and leaving hundreds of residents trapped in their homes and vehicles.

In a civil emergency message Thursday, the National Weather Service (NWS) announced that Harris, Montgomery, Liberty and Chambers counties in Texas are all under flash flood emergencies.

​“Emergency management request residents to stay put and shelter in place. Do not venture on to any roads in these areas. People travelling on area highways need to avoid this area and change travel plans. If you are trapped in your house due to flooding call emergency personnel for evacuation rescue,” the NWS added.

​According to the Elmore County Emergency Management Agency, “a Civil Emergency Message, which is transmitted by the National Weather Service at the request of local authorities, is a warning created by the NWS that’s meant to warn of an in-progress or imminent significant threat(s) to public safety and/or property.”

​Imelda has dumped so much rain in Texas that it appears to have caused as much damage, if not more, to some areas than Hurricane Harvey in 2017. The town of Winnie, located between Houston and Beaumont, has been severely battered by the floodwaters, along with the Texan towns of Aldine, Kingwood and Conroe.

​“It’s bad,” Jefferson County Judge Jeff Branick told The Beaumont Enterprise. “Homes that did not flood in Harvey are flooding now.” With residents stuck in their cars and homes due to flooding, the Beaumont Police Department tweeted Thursday morning that it has experienced “a heavy call load with over 250 high water rescues and 270 evacuation requests.”

​With the Houston area receiving about 4 inches of rain per hour Thursday, George Bush International Airport in Houston ordered a full ground stop that morning.

​Texas Governor Greg Abbot on Thursday also announced a state of disaster in 13 counties Thursday, claiming that Imelda has “caused widespread and severe property damage and threatens loss of life."

Parts of southwest Louisiana are also forecast to see about 10 inches of rain by Friday.