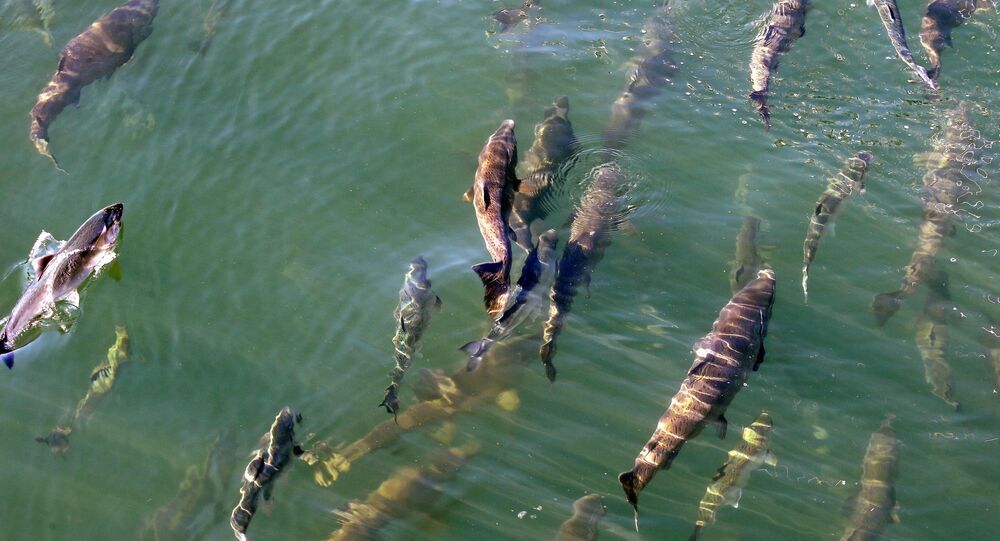 Return of ‘The Blob’: Marine Life Along US West Coast Endangered by Ocean Heat Wave

A marine heat wave characterized by extremely warm ocean surface temperatures is extending from Mexico’s Baja California Peninsula all the way up to Alaska and could disturb the marine ecosystem, similar to a heat wave that occurred in 2013.

The phenomenon, which consists of extremely warm sea surface temperatures, is officially referred to as the Northeast Pacific Marine Heatwave of 2019, or less formally as “The Blob.” The weather event’s name was inspired by another “Blob” that was first detected in 2013 between Southern California and Alaska which depleted salmon population, led to the starvation of sea lions and prompted the growth of toxic algae blooms. The 2013 heat wave lasted until 2015, before briefly resurfacing for a period of time in 2016.

With “The Blob” seemingly making a comeback, researchers are concerned about the effects it could have on the marine ecosystem this time around.

“I am surprised to see something like this develop again so soon after what looked like the end of the marine heat wave in 2016,” Nate Mantua, head of the Landscape Ecology Team at the National Oceanic and Atmospheric Administration's (NOAA) Southwest Fisheries Science Center in California, told the San Francisco Chronicle.

“If this persists and it spreads to the coast, then I think it would be bad news for marine life and many fisheries along the West Coast,” he added.

According to Mantua, the mass of warm water began developing in June. However, it remains about 1,000 miles offshore.

“It’s not all the way to the coastline, and that’s important because most of the marine life along the West Coast is near shore,” Mantua explained. “The other bright side of this, so far, is it’s a pretty thin blanket on the ocean, which means it doesn’t have a lot of inertia.”

However, it’s the second largest marine heat wave in the northern Pacific Ocean after the previous “Blob” in the last 40 years, according to the NOAA. In addition, above-average temperatures have been recorded on the coasts of Oregon and Washington, as well as off the coast of Fort Bragg in Northern California.

Marine heat waves are formed through ocean currents or winds that lead to areas of warm water.

US Police Ask Criminals to ‘Practice Karate’, Refrain From Crime During Heat Wave