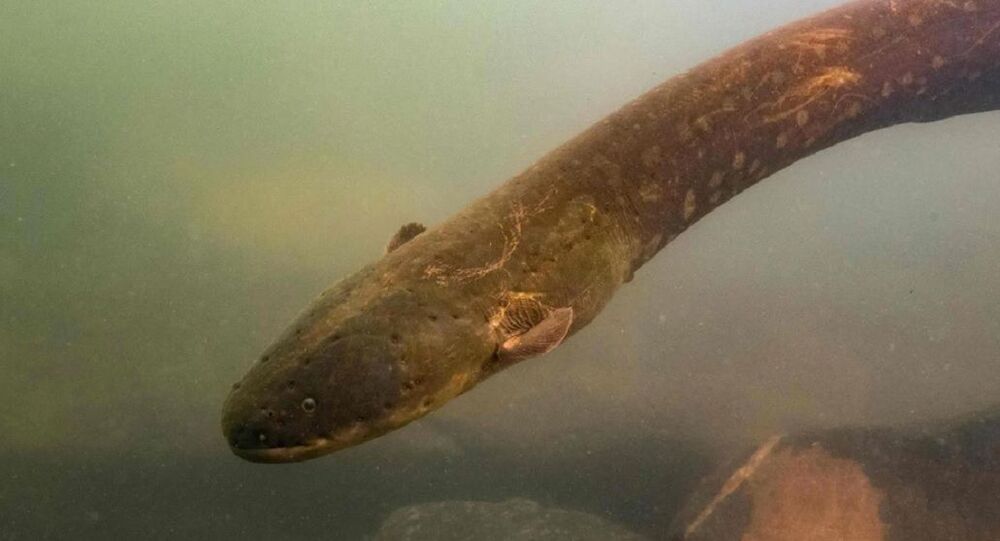 The 2.5-meter eel has been named Electrophorus voltai after Alessandro Volta, the Italian physicist who invented the first battery. This electric variety of the knifefish family can reportedly discharge an electric shock reaching as high as 860 volts, the most powerful of any animal known to modern science.

According to The New York Times, the discovery is a result of efforts by a team from the São Paulo Research Foundation comprising scientists from the Smithsonian Institute and National Geographic Society along with a wide network of researchers. The team sought to create a tree of life for South American electric fishes as a means of studying the region’s evolutionary history. From 2014-2017, the group traveled to the Greater Amazon region — including Brazil, French Guiana, Guyana and Suriname — where they collected 107 live electric eel specimens, tested their voltage, and extracted muscle samples for later genetic analysis.

“The interest in these fish goes beyond biodiversity [...] They could inspire new technology. They’re one of the few fish in the world that really carry magic”, Carlos David de Santana, an ichthyologist at the National Museum of Natural History in Washington DC, said, cited by The New York Times.

According to the media report, Dr. De Santana - the lead author of the study published earlier this week describing the discovery of a new species of electrical eel - has suffered several high-voltage attacks in his years studying electric eels, including one close to 400 volts.

"I remember the first time I was shocked [...] I was scared [...] It’s quite literally shocking, when you discover new diversity in such an eye-catching fish first described 250 years ago", Dr. De Santana said, cited by The New York Times.

The analysis detailed least three new and distinct species. One striking physical difference between the three is in the shape of their skulls. The head of E. electricus looks like the letter “u”, whereas that of E. voltai is more ovular — an egghead, The New York Times said, citing researchers.

The biggest surprise, however, came when scientists measured the electrical discharge of the eels. They measured an 860-volt discharge from E. voltai - previously the highest known discharge was 650 volts, over five times that of a standard US wall socket. The amperage, however, is too low to cause serious harm to a human, The New York Times said.

According to the scientists, electric eels possess a specialized nervous system that synchronizes the activity of electricity-producing cells called electrocytes. The eel reportedly uses this sophisticated nervous system to detect other fish, disrupt nearby electric signals from other fish and paralyze prey.

“This social behavior is quite unusual [...]They come together in a school, surround the fish they feed on, release electricity and kill it”, Naercio Aquino Menezes of the University of São Paulo’s Zoology Museum and the study’s lead investigator said, cited by The New York Times.

The researchers hope to film a coordinated electric-eel attack, which they believe has never before been documented.

Rare Hawaiian Monk Seal Gets Eel Stuck Up its Nose

Londoners Take Too Much Cocaine & It Affects Thames Eels