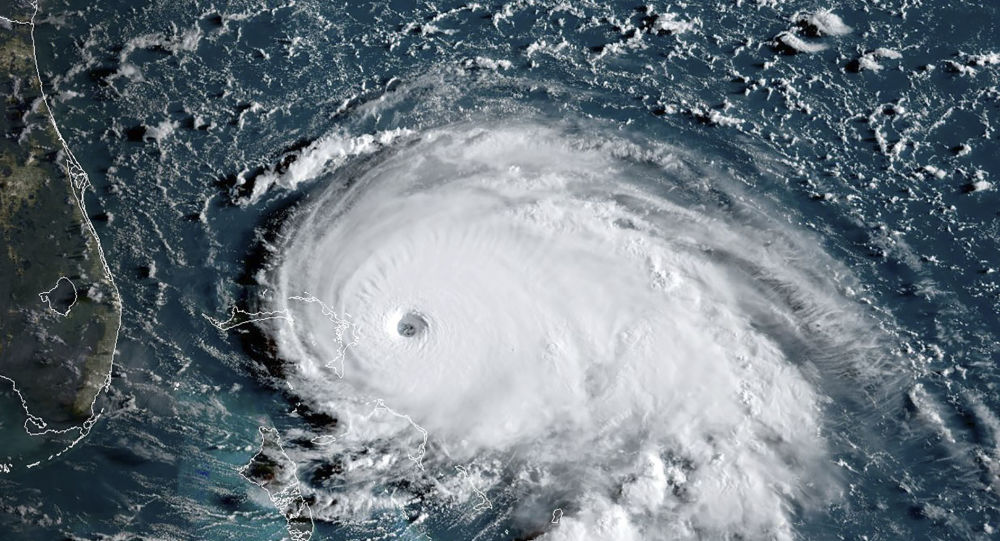 The “stadium effect” is a natural phenomenon in which clouds in the eye of an especially powerful storm curve, like stadium tribunes collapsing under their own weight.

The US National Hurricane Center published an amazing photo taken by National Oceanic and Atmospheric Administration (NOAA) scientists from aboard the ‘hurricane hunter’ aircraft that regular flies directly into the heart of powerful storms like Hurricane Dorian.

In the photo, the so-called stadium effect is easily discerned, a phenomenon in which clouds curve like stadium rows under their own weight.

Here's a look at what scientists call the "stadium effect" inside the eye of #Dorian from @NOAA scientists. This happens at times in very strong hurricanes. The latest forecast on Dorian is available at https://t.co/tW4KeFW0gB pic.twitter.com/Knv6w7nXP6

​“Here's a look at what scientists call the ‘stadium effect’ inside the eye of #Dorian from @NOAA scientists. This happens at times in very strong hurricanes,” the Center said in a tweet.

Incredible stadium effect in this eye. Extremely powerful storm, probably one of the strongest since I’ve been an adult and paying attention. https://t.co/XiIBDF0PmI

​The eye of the storm is a relatively small area in the center of the hurricane where winds are almost nonexistent and the view is clear. But to get there, pilots must fly through ravaging winds of a hurricane, which, according to NOAA data on Dorian, are now at speeds of approximately 175 mph, with gusts over 200 mph.

The "stadium effect" of the clouds surrounding #Dorian's eye cast a shadow around 12 miles long at 2PM PDT/5PM EDT. Using an estimate of the cloud tops, it would be possible to calculate the angle of the Sun at the time. It's not often that a cyclone makes that possible. pic.twitter.com/VPIOvrfs3n

​Hurricane Dorian is the most powerful storm to strike the Bahamas since records began to be kept in the mid-19th century.