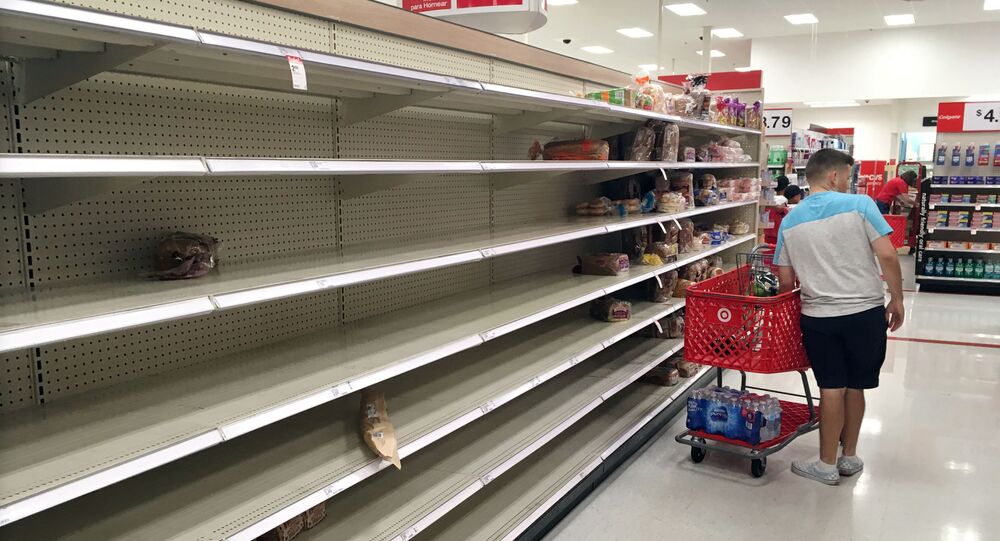 After Hurricane Dorian struck the Virgin Islands Wednesday, Florida is bracing itself for the storm, which is forecast to hit the state as a Category 4 hurricane over the weekend, the National Hurricane Center (NHC) warned Thursday. As a result, Florida Governor Ron DeSantis has extended the state of emergency to the entire state.

After visting with officials at the National Hurricane Center in Miami, DeSantis issued a statement, saying, "Due to Hurricane Dorian’s uncertain projected path, I am expanding the state of emergency to include all 67 counties throughout Florida."

“All residents, especially those along the east coast, need to be prepared for possible impacts. As it increases strength, this storm has the potential to severely damage homes, businesses and buildings, which is why all Floridians should remain vigilant. Do not wait until it is too late to make a plan," he added.

The hurricane is currently rated Category 1, with maximum sustained winds of 85 mph. Dorian was around 370 miles off the coast of the Southeastern Bahamas as of Thursday morning.

According to the Saffir-Simpson Hurricane Wind Scale, a Category 4 hurricane with winds between 130 and 156 mph can cause “catastrophic damage."

​“Well-built framed homes can sustain severe damage with loss of most of the roof structure and/or some exterior walls. Most trees will be snapped or uprooted and power poles downed. Fallen trees and power poles will isolate residential areas. Power outages will last weeks to possibly months. Most of the area will be uninhabitable for weeks or months,” the NHC writes on its website.

​Even though the storm is expected to make landfall on the eastern Florida coast Monday or Tuesday, adverse weather conditions, such as strong winds, are forecast to start affecting the state over the weekend.

​"It's important for Floridians on the East Coast to monitor this storm closely," DeSantis said in a statement Wednesday. "Every Florida resident should have seven days of supplies, including food, water and medicine, and should have a plan in case of disaster."

US Navy Wing Eleven in Jacksonville, Florida, also announced Thursday that it is flying its Florida-based planes to Ohio, Texas and Michigan ahead of the hurricane.

Coastal regions of the Southeastern US could receive between 4 and 8 inches of rain over the weekend, according to the NHC. So far, several airlines have issued waivers for people scheduled to travel through Florida over the weekend, including American Airlines, Delta, Spirit Airlines, Frontier and Southwest.

​"Hurricane Dorian looks like it will be hitting Florida late Sunday night. Be prepared and please follow State and Federal instructions, it will be a very big Hurricane, perhaps one of the biggest!" US President Donald Trump tweeted on Thursday, after tweeting that Puerto Rico is in “great shape” after the hurricane skirted the island Wednesday.

​During a White House event establishing the US Space Command, Trump revealed that he would be canceling his trip to Poland ahead of Hurricane Dorian's approaching landfall, and that he would be sending US Vice President Mike Pence instead. Trump further noted that he had already spoken to Polish President Andrzej Duda regarding the trip changes.