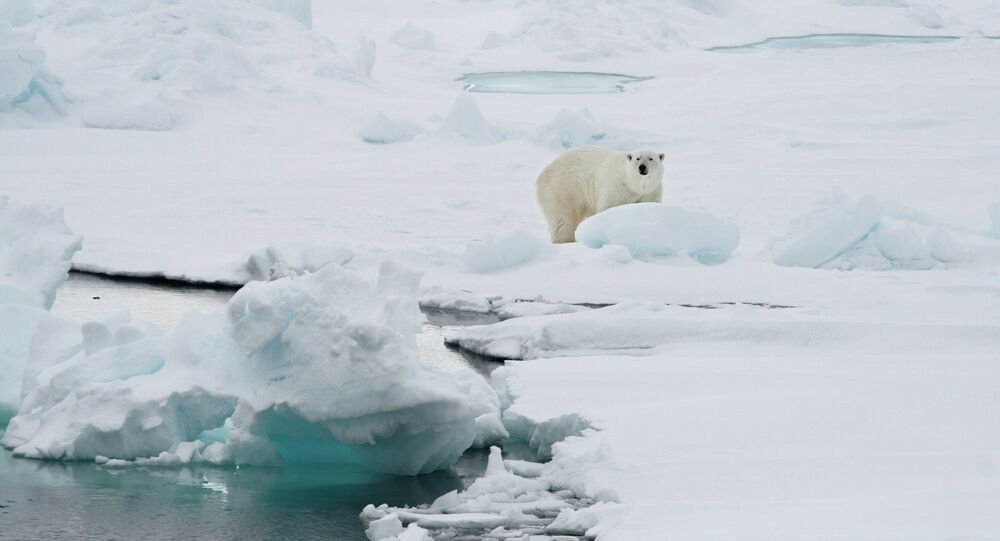 Great amounts of plastic fragments and fibers were found in ice floes in the Fram Strait, the passage between Greenland and the Norwegian Arctic archipelago of Svalbard, according to a study published Wednesday in the journal Science Advances.

Scientists at Germany’s Alfred Alfred Wegener Institute for Polar and Marine Research and the Swiss Institute for Snow and Avalanche Research obtained snow samples during research cruises through one of the world’s most remote regions between 2015 and 2017.

“I was really astonished concerning the high concentrations,” senior author Gunnar Gerdts, a marine microbiologist at the Alfred Wegener Institute, is quoted as saying by multiple sources.

“We found a lot of microplastics, like record concentrations, and the question arose: From where does the microplastic originate?” Gerdts said. “It’s from the water or from the air.”

The researchers found that ice floes in the Fram Strait had high concentrations of microplastics: an average of 1,800 particles per 34 ounces of melted ice. The researchers also collected snow samples near urban sites in Germany and the Alps for comparison, where they found an average of 24,600 particles of microplastics per 34 ounces of melted ice. However, the study still concluded that the substantial amount of plastic found in the Arctic is a growing environmental concern. The particles found in the studies were also very small, with 80% of them measuring 25 microns long or fewer.

“MP [microplastic] concentrations in snow were very high, indicating significant contamination of the atmosphere. During its passage through the atmosphere, snow binds airborne particles and pollutants, which are eventually deposited on Earth’s surfaces, a phenomenon termed ‘scavenging.’ Our data show that scavenging represents an important pathway of MPs to land and ocean environments in Europe and the Arctic,” the study explains.

Plastic is especially concerning for the Arctic's wildlife, because as plastic pieces disintegrate into microplastics, they are accidentally consumed by filter-feeding animals and then passed up the food chain. In addition, humans are most likely breathing in micro and nanoplastic particles circulating in the air.

“For human health, we currently know very little,” University of Toronto microplastics researcher Chelsea Rochman, who did not participate in the study, told the National Geographic. “There is a lot of concern, because we know we are exposed … For wildlife, we know that microplastics enter every level of the food chain in aquatic ecosystems.”

No Dumping Ground’: Indonesia Sends Back LOADS of Plastic Mislabelled as ‘Paper’ to US

Life in Plastic, it's Fantastic: Bulgarian Girl Has Over 15 Procedures to Be Like 'Barbie' (PHOTOS)

'Cambodia Not a Dustbin’: Ministry Says 1,600 Tonnes of Plastic Waste to Be Sent Back to US, Canada