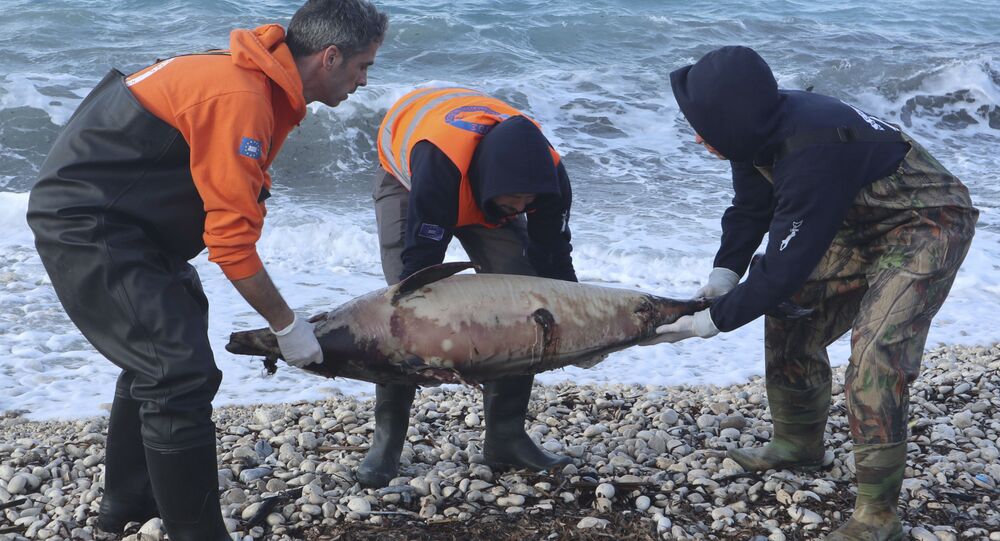 A measles-like virus that affects marine animals caused the death of at least 40 dolphins on Tuscan beaches in Italy this year.

The Tuscan regional authority confirmed Tuesday that dolphin autopsies conducted by researchers at the University of Siena and the Experimental Zooprophylactic Institute of Lazio and Tuscany found the dolphins were infected by the virus cetacean morbillivirus (CeMV).

Symptoms of the infection include pneumonia, damage to the immune system and encephalitis, otherwise known as inflammation of the brain. The disease can be contracted through the “inhalation of aerosolized particles containing the virus,” a 2014 briefing by Access Science states. Marine animals can also be infected directly through contact with other infected animals.

“The virus can enter a dolphin through its eyes, mouth, urogenital tract, or skin wounds, in addition to the respiratory tract. The lungs and brain of infected dolphins are the major organs of the body that are affected. Infected dolphins appear thin and display numerous skin lesions. They are stressed by breathing difficulties, which are often related to pneumonia, and act abnormally. Moreover, these dolphins become prone to other illnesses because the morbillivirus infection weakens their immune systems,” according to accessscience.com.

"We are powerless in the face of this virus," Federica Fratoni, environment commissioner for the Tuscany region, said in a Tuesday statement.

"But we could do a lot about another problem highlighted by the analysis of tissues and organs taken during the autopsies," she added, also noting that high levels of chemical compounds such as dichlorodiphenyltrichloroethane, commonly known as DDT, and polychlorinated biphenyl (PCBs), were also found during the dolphin autopsies. Such chemicals are used in insecticides and are present in the Mediterranean Sea, according to Tuscan regional authorities.

"These products can have an immunosuppressive effect and therefore may have contributed to the spread of the disease and its effects," Fratoni explained.

'Dolphin Fell in Love With Me': Mammal Leaps to Give Girl More Than a Hug