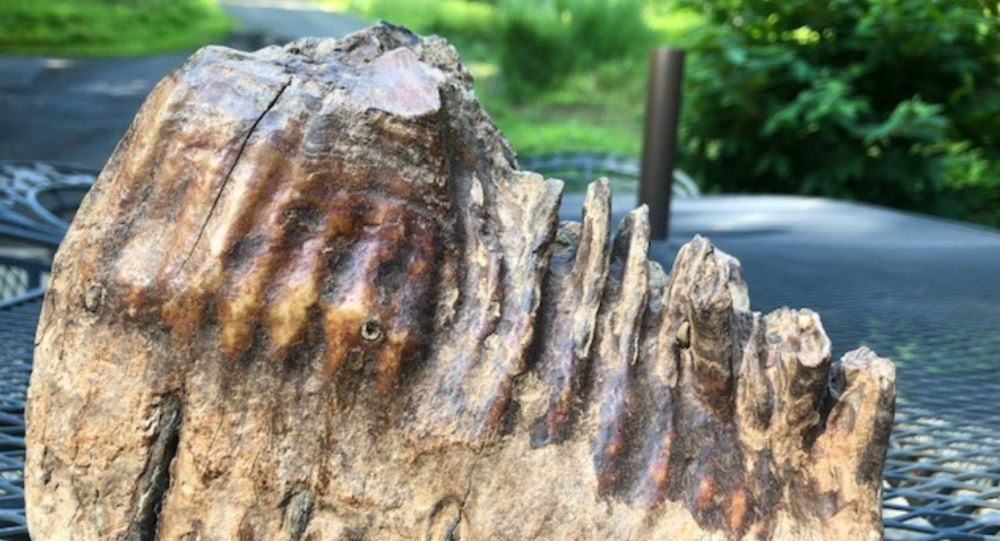 Jackson Hepner was playing in a creek bed near The Inn at Honey Run in Millersburg, Ohio, in July when he found a fossilized tooth from a woolly mammoth, an extinct cousin of the modern elephant.

“I found the mammoth tooth about ten yards upstream from the bridge we had our family pictures on. It was partially buried on the left side of the creek. It was completely out of the water on the creek bed,” the 12-year-old wrote in a letter obtained by the inn.

The tooth was confirmed to have belonged to a woolly mammoth, according to several scholars, including Dale Gnidovec of The Ohio State University’s Orton Geological Museum, Nigel Brush of Ashland University’s Geology Department and P. Nick Kardulias of the College of Wooster’s Program of Archeology, according to an August 7 blog post by the Inn. More specifically, the tooth was confirmed to be an upper third molar.

“Teeth of Woolly Mammoths are distinguished by parallel ridges, which the animals used to grind grass and seeds,” the Inn writes in its post. “We couldn’t be prouder to be the site of such an extraordinary find and unforgettable experience!”

Russia was the last known home of the woolly mammoth, with a small population surviving on Wrangel Island until 1650 BC. Most of the mammoths on the Eurasian and North American mainland are believed to have died out roughly 10,000 years ago. Russia is also home to Yuka, by far the best preserved mammoth mummy in the world, which died some 39,000 years ago, but was preserved in the frozen tundra of Yakutia and discovered in 2010.

According to the National Geographic, mammoths were similar in size to elephants but had narrower skulls, smaller ears, shorter tails and, of course, lots of hair.