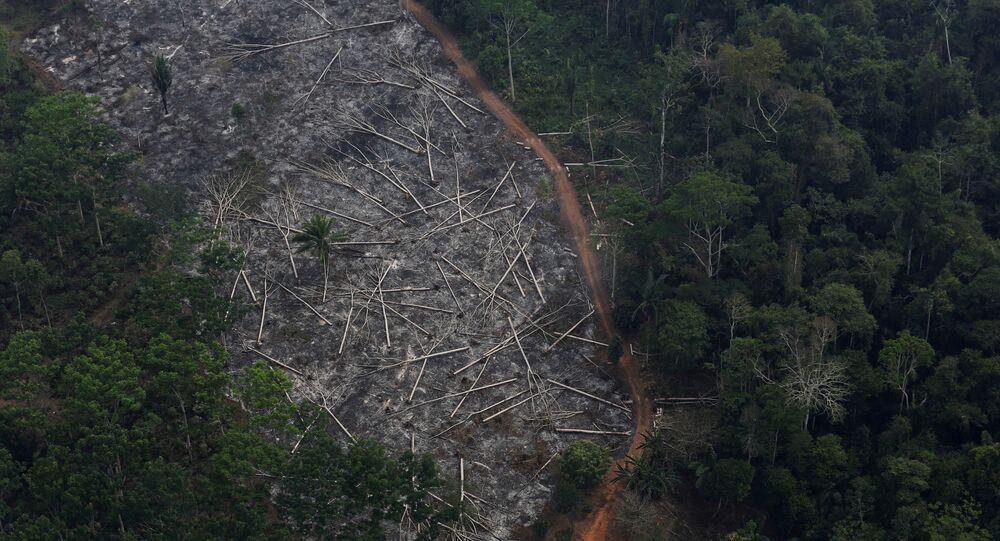 The head of the South American powerhouse has come under fire for his environmental policy, with accusations that deforestation of the Amazon has spiked since he took office this past winter. Amid criticism, Germany announced that it plans to cut funding to Brazil in order to curtail the clearing of the rainforest.

Brazilian President Jair Bolsonaro has hit back at Germany over reports that Berlin is mulling suspending its biodiversity projects in the Latin American country, which possesses more than 60% of the Amazon rainforest.

"They can use this money as they see fit. Brazil doesn't need it”, he said.

The newspaper Tagesspiegel reported that Berlin is planning to cut the funding to combat deforestation that it has been sending to Brazil, citing German Environment Minister Svenja Schulze, who criticised Brasilia.

"The policy of the Brazilian government in the Amazon raises doubts as to whether a consistent reduction of deforestation rates is still being pursued", she said.

According to reports in the Brazilian media, the German government is considering suspending €35 million ($39 million). However, as the outlet O Globo said, it would affect only the German Environment Ministry’s new projects. But Bolsonaro suggested when commenting on the matter that this won’t to be a blow to his country.

The news reports came shortly after the head of Brazil's National Institute for Space Research (INPE) Ricardo Galvao was fired, after the institute published data on deforestation. It said that 88% more forests were cleared in June than the same month last year, which Bolsonaro dismissed as “lies”. The INPE’s July statistics said that the clearing of the Amazon rainforest had spiked by 278% since 2018, as about 2,254 square kilometres (870 square miles) had been cut down.

In the meantime, Bolsonaro voiced an idea to “poop every other day” to tackle environmental problems, commenting on the debate surrounding deforestation. On Friday, a journalist asked him how to combine developing agriculture and preserving the environment, quoting reports about the impact of deforestation on the greenhouse effect. Bolsonaro suggested that everyone should contribute to making the world better and protecting the planet individually.

“It's enough to eat a little less. You talk about environmental pollution. It's enough to poop every other day. That will be better for the whole world”, he said.