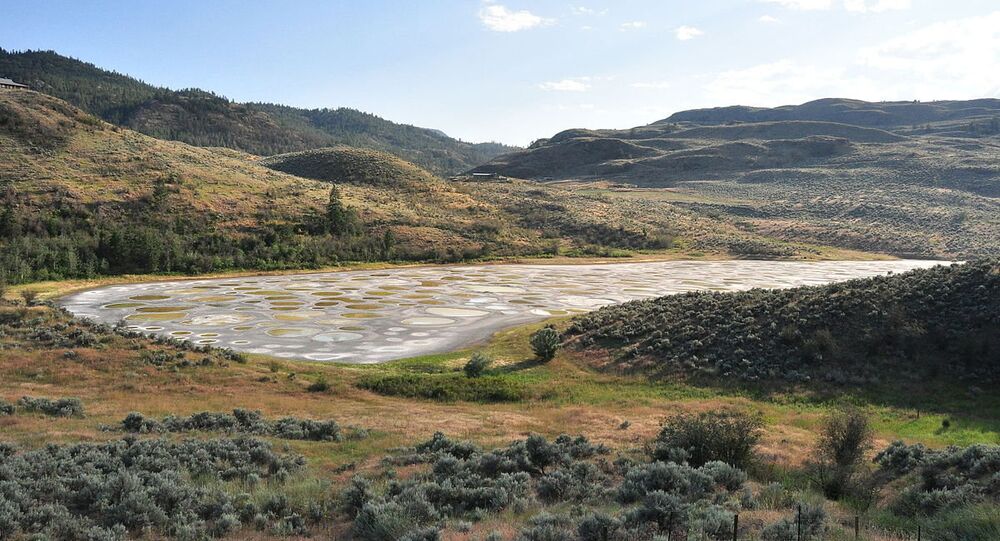 The fossils of a creature that preyed on insects, crabs and spiders during the Cambrian Period have rake-like claws, a circular mouth and a giant head. It resembles Han Solo’s spaceship Millennium from the "Star Wars" franchise, after which the newly discovered animal was named.

A research team from the Royal Ontario Museum and University of Toronto has discovered a new species of ancient predators while studying fossils from the 506-million-year-old Burgess Shale, located in Yoho and Kootenay National Park in British Columbia. They announced their findings, which could shed light on the origins of crabs and insects, in the Proceedings of the Royal Society B.

The newly-discovered ancient animal was named Cambroraster falcatus after Han Solo’s spaceship, due to the carapace on the creature’s head, and reached the size of a human foot, which was quite impressive for the Cambrian Period.

"Its size would have been even more impressive at the time it was alive, as most animals living during the Cambrian Period were smaller than your little finger”, graduate student Joe Moysiuk who led the study at the University of Toronto, said, as cited by Phys.org.

According to him, the creature was a distant relative to the scariest predator of that time Anomalocaris, dubbed the Cambrian T-Rex, which was as large as one metre.

The Cambroraster falcatus had a circular tooth-lined mouth, which is the namesake of the group Radiodonta, both predators belonged to. The group, which has long been extinct, is considered to be a “relative” of animals with an exoskeleton, such as insects. Apart from the carapace on its head, resembling the one modern crabs possess, and pineapple-shaped-mouth, the “grandpa crab” had rake-like claws for hunting.

"We think Cambroraster may have used these claws to sift through sediment, trapping buried prey in the net-like array of hooked spines”, Moysiuk's supervisor Jean-Bernard Caron said, also noting that the “sheer abundance of this animal is extraordinary”.

He pointed out that the researchers have found hundreds of specimens over the past several summers. A lot of fossils were well-preserved, which allowed them to reconstruct the creatures with unprecedented precision.

"The radiodont fossil record is very sparse; typically, we only find scattered bits and pieces. The large number of parts and unusually complete fossils preserved at the same place are a real coup, as they help us to better understand what these animals looked like and how they lived”, Caron explained to Phys.org.