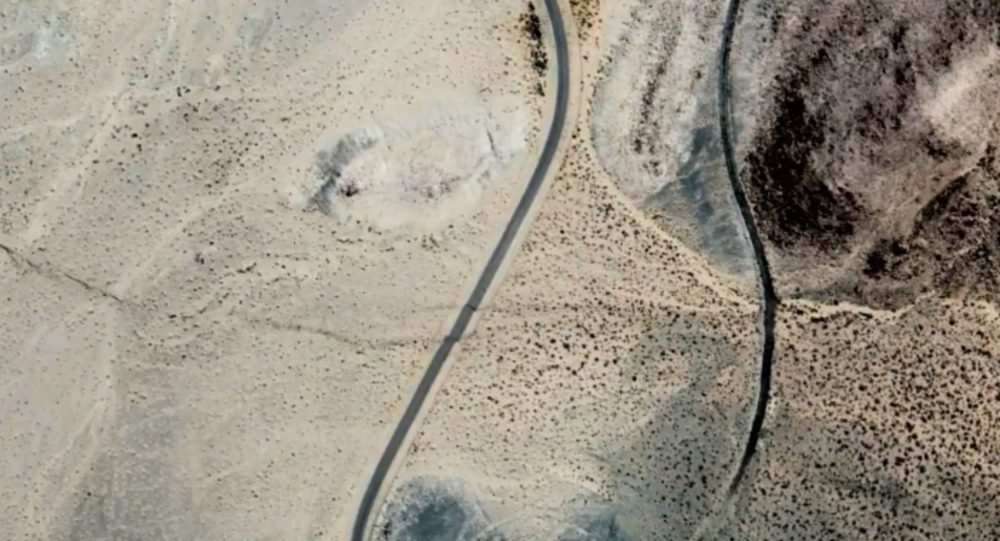 Recently-released satellite images show the Earth’s tectonic plates sliding against each other during the powerful 7.1-magnitude earthquake that caused a fissure within the Little Lake fault zone in Southern California’s Indian Wells Valley area on July 5.

The animated slides, which were created using images from Google Earth and DigitalGlobe by Greek earthquake geologist Sotiris Valkaniotis, show how the quake caused part of the Earth to move northwest while simultaneously jolting another side of the fault southeast along the surface of the Mojave Desert.

“It's really dramatic and a super-good illustrator, even for the advanced scientists, all the way down to the grade-school kids,” Olson continued, adding that the images “show the scale and permanency of movement — this ground moved in places up to 13 feet, permanently. It's not going back.”

According to Glenn Biasi, a geophysicist with the United States Geological Survey (USGS) in Pasadena, California, “the earthquakes of the [July] 4th and 5th occurred in what we call a fault zone," Sputnik reported.

According to the USGS, “a fault is a fracture or zone of fractures between two blocks of rock. Faults allow the blocks to move relative to each other. This movement may occur rapidly, in the form of an earthquake - or may occur slowly, in the form of creep … During an earthquake, the rock on one side of the fault suddenly slips with respect to the other."