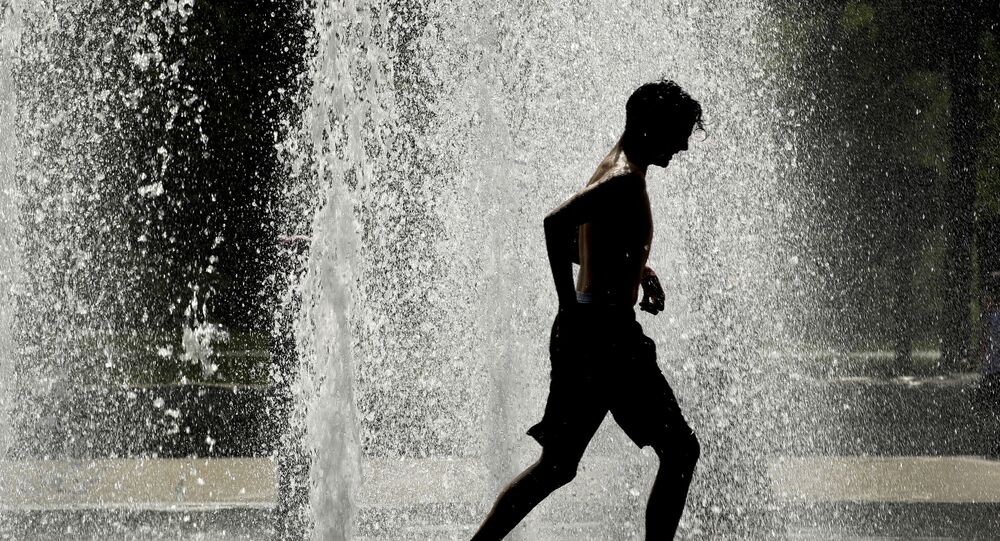 A brutal heat wave is spreading across the eastern two-thirds of the US, bringing dangerously high temperatures to around 190 million Americans from Texas and Oklahoma northeastward to Maine.

“A large ridge of high pressure extending from the Central to Eastern US will deliver a dangerous summer heat wave through the weekend. Widespread excessive heat warnings and heat advisories already cover the Eastern two-thirds of the country. A number of record highs and overnight warm minimum temperatures are likely. Heat indices will surge past 100 degrees [Fahrenheit] and approach the 110s,” warned the National Weather Service (NWS).

​According to AccuWeather, temperatures in the nation’s capital are expected to reach 100 degrees Fahrenheit on Saturday, which is just 2 degrees less than the temperature forecast for Death Valley, California, on Saturday as well.

"The combination of sunshine, temperature, humidity levels and other factors will push … temperatures well into the danger level past 105 degrees [Fahrenheit] during the late morning and afternoon hours [in Washington, DC]," AccuWeather Senior Meteorologist Brett Anderson cautioned.

​"Actual temperatures in some of the major cities, such as Washington, DC, Baltimore, Philadelphia and New York City are likely to peak within a few degrees of the century mark at the peak of the heat wave this weekend," he added

​“I urge all New Yorkers to exercise caution this weekend as temperatures near 100 [degrees Fahrenheit] … We are deploying all resources at our disposal to ensure New Yorkers remain safe and cool during extreme heat,” he added. So far, around 500 cooling centers have been set up around the city for public use.

“We are about to enter a heat emergency, and must do all we can to keep New Yorkers safe,” de Blasio said in a recent statement. “The City government is limiting its energy use to reduce strain on the electrical grid, and now private office buildings will also have to do their part.”

​The heat and humidity are expected to feel worse in parts of the central and eastern US due to high amounts of moisture in the air from the Gulf of Mexico caused by hurricane Barry last week.

The NWS recommends spending as much time as possible in cool places and wearing lightweight and light-colored clothing to reflect heat. In addition, the organization recommends drinking plenty of water.

“Check on older, sick, or frail people who may need help responding to the heat. Each year, dozens of children and untold numbers of pets left in parked vehicles die from hyperthermia. Keep your children, disabled adults, and pets safe during tumultuous heat waves,” the NWS adds.

Don't Like it Hot? Colombians Urged to Take It Easy on Sex Amid Heat Wave