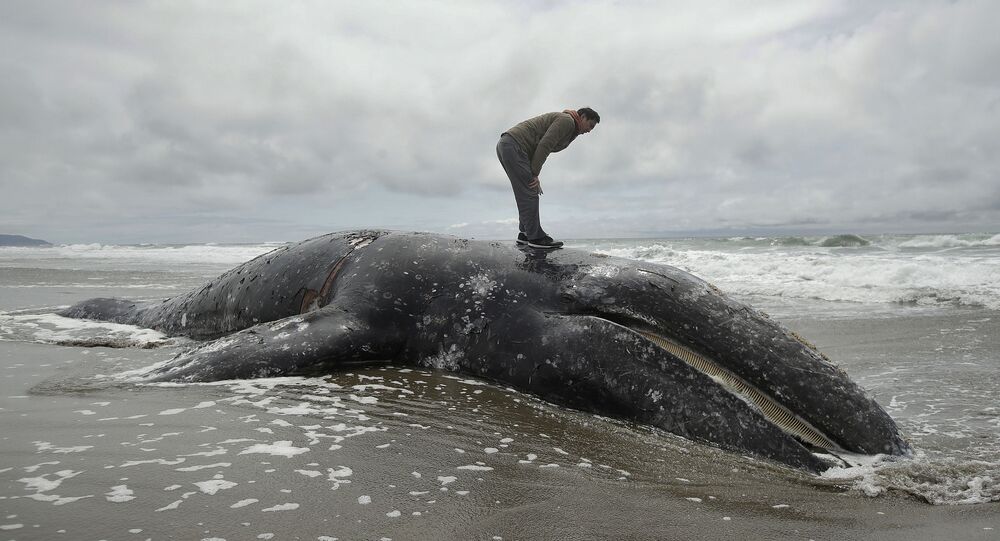 During the weekend following July 4, seven gray whales were found dead in Alaska, according to the US National Oceanic and Atmospheric Administration (NOAA), increasing the total number of dead gray whales found in the state this year to 22.

Four of the dead whales were found near Kodiak Island, two were found in the city of Egegik and another was found at Takli Island, off the southern coast of the Alaska Peninsula.

The event has been declared an “unusual mortality event” (UME) by the scientific agency, which is defined as “a stranding that is unexpected; involves a significant die-off of any marine mammal population; and demands immediate response."

According to the NOAA’s statistics, 181 gray whales have died in 2019 in Canada, the US and Mexico. The marine mammal, which reaches a length of nearly 15 meters and a weight of 36 tonnes, migrates in the summer from waters near Mexico to the Arctic.

“The whales rely largely on their summer feeding in the Arctic to last them throughout the year because they do not feed extensively while migrating or wintering in Mexico. Many gray whales that have stranded this year during their northbound migration have been skinny and malnourished, with some showing signs of emaciation,” the NOAA wrote in a May 2019 press release.

“That suggests that some whales may be exhausting their energy reserves this year before they reach the Arctic to resume feeding,” the agency added.

Norwegian Biologist on Sick "Russian Spy Whale": 'We Were Afraid We'd Lose Him'