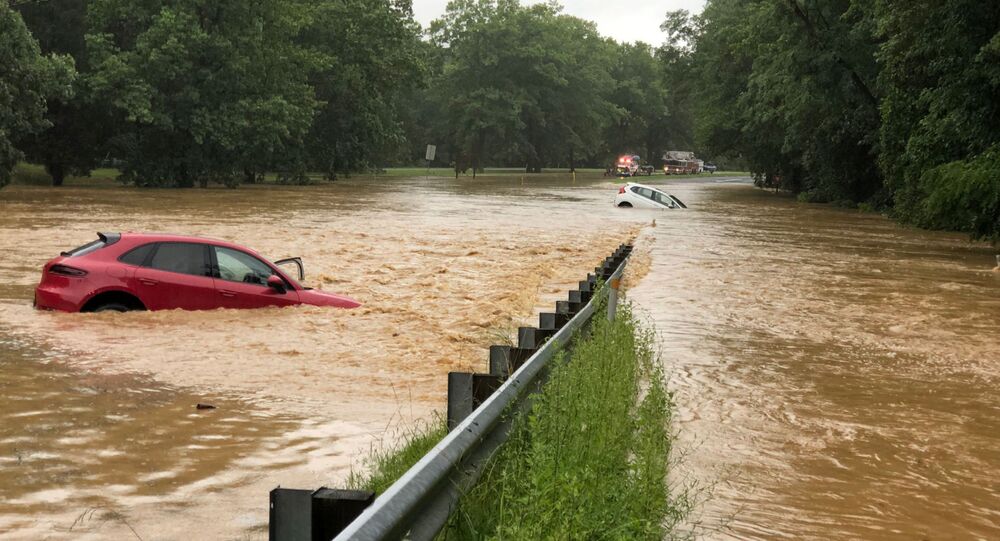 A new annual report from the US National Oceanic and Atmospheric Administration (NOAA) warns that the recent increase in “nuisance” flooding in coastal areas is expected to continue in coming years as relative sea levels rise.

NOAA’s Wednesday report, “2018 State of US High Tide Flooding with a 2019 Outlook,” revealed that high tide or “nuisance” flooding (HTF), defined as “flooding which causes public inconvenience” such as road closures and infrastructure damage, is expected to not only continue in the foreseeable future, but increase.

“Annual flood records are expected to be broken again next year and for years and decades to come from [relative sea level] rise,” the report’s executive summary reads.

NOAA
High tide flooding, sometimes referred to as "nuisance" flooding, is flooding that leads to public inconveniences such as road closures. It is increasingly common as coastal sea levels rise.

While the national median HTF frequency is currently five days annually, that number is expected to increase to anywhere between seven and 15 days by 2030.

Dr. William Sweet, an oceanographer for NOAA’s Center for Operational Oceanographic Products and Services and lead author of the report, noted that in the US, the Southeast region has seen the largest HTF frequency increase – by approximately 190% since 2000. The Northeast is not far behind, registering an estimated 140% increase in HTF frequency.

“Once communities realize they are susceptible to high tide flooding, they need to begin to address the impacts, which can become chronic rather quickly,” Sweet stressed in a Wednesday press release. “Communities find themselves not knowing what to expect next year and the decades to come, which makes planning difficult. Our high tide projections can play a vital role in helping them plan mitigation and other remedies.”

NOAA also announced in a separate Tuesday release that the US has endured a record-breaking 12 month period of precipitation, averaging 37.86 inches from July 2018 through June 2019 - 7.9 inches above the average for a year-long period.

Just in: For 3rd time in 2019, the record was broken for wettest 12-month period for U.S. — avg accumulation of 37.86 inches during July 2018 thru June 2019, per @NOAANCEIclimate See https://t.co/stfMhP5rF6 #StateOfClimate pic.twitter.com/fZDDrVm1TX

This week alone, the US Gulf Coast and the Washington, DC, metropolitan area were both slammed with severe downpours and flash flooding that took a toll on local residents and infrastructure in DC and New Orleans specifically.

With New Orleans itself sitting below sea level, this predicted increase in flooding in the years to come further emphasizes the need to take a closer look at the city’s drainage system and examine whether relocation might be necessary for the sake of public safety.

At Least 63,000 People Affected by Floods in Northeastern India - Reports