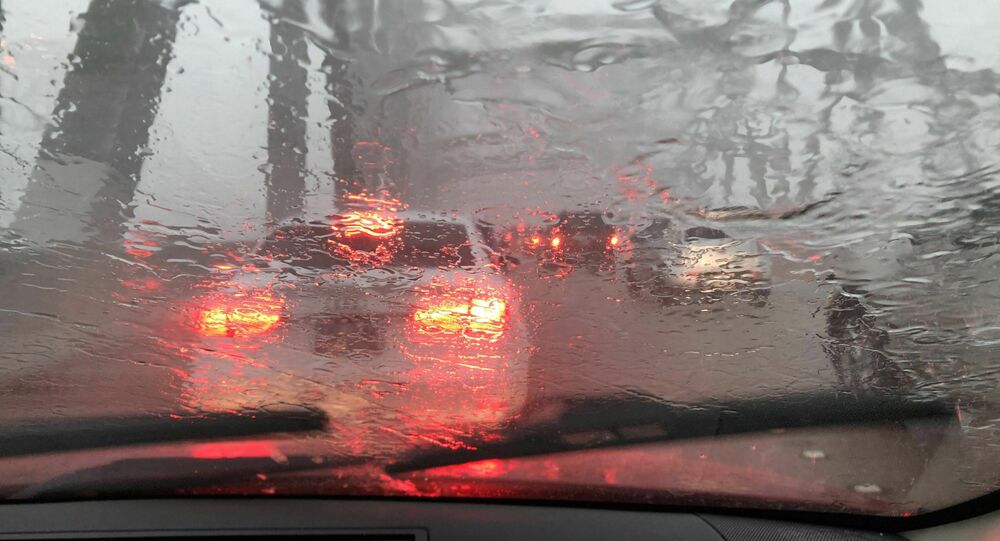 A tropical storm system is moving across the Gulf of Mexico, and it could become a hurricane by the time of its expected landfall this weekend. A state of emergency was declared on Wednesday by Louisiana's Democratic Gov. John Bel Edwards ahead of the potential rainfall.

"We expect the budding tropical system to drift southwestward over the northern Gulf of Mexico into Wednesday night then take a more westerly track on Thursday," Kottlowski added.

​According to meteorologists, the storm is most likely to be triggered by what is known as a mesoscale convective system (MCS), which started in the Midwest last week and then moved into the northeastern Gulf of Mexico from the Deep South. The National Severe Storms Laboratory defines an MCS as a “collection of thunderstorms that act as a system.”

According to AccuWeather, the storm is likely to travel from the Florida Panhandle to the Texas coast, causing the “heaviest rain to fall in areas of Louisiana, Mississippi, western Tennessee, Arkansas and northeastern Texas.” The storm is expected to make landfall Saturday along the coast of the Gulf of Mexico and could reach hurricane strength by that time. Current predictions by the National Hurricane Center say that Gulf of Mexico states could face between six and 18 inches of rain by next week.

​In addition, hurricane-force winds may start Friday night and continue into Saturday night, according to Weather.com.

​The brewing storm already delivered at least a half a foot of rain and floods to New Orleans Wednesday morning, prompting flash flood emergency warnings and tropical storm watches along the Louisiana coastline. Meanwhile, energy producers in the Gulf of Mexico, such as Shell, Chevron, BP, BHP and ExxonMobil, have begun evacuating their personnel and shutting down production at offshore oil and gas platforms as of Wednesday. Around 17% of all US oil production occurs in the Gulf of Mexico, according to Oilprice.com.

Brent crude oil prices increased $2.31 to $66.47 a barrel, while the US West Texas Intermediate crude price increased by 3.5% to $59.86 a barrel ahead of the storm, according to reports.