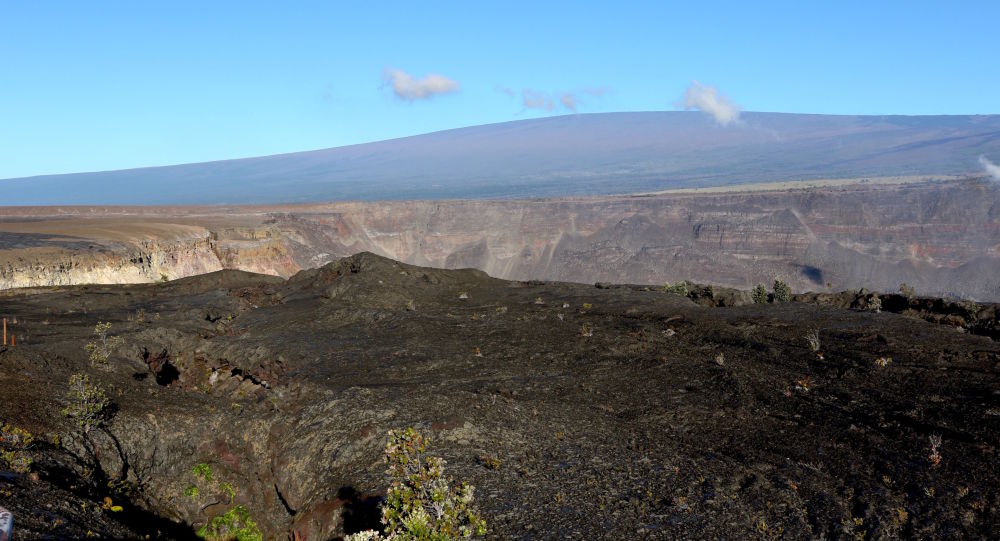 The Mauna Loa volcano in Hawaii has been hit by at least 50 earthquakes since October of last year, causing the US Geological Survey to increase the alert level for the world’s largest active volcano from “normal” to “advisory.”

“For the past several months, earthquake and ground deformation rates at Mauna Loa Volcano have exceeded long term background levels. An eruption is not imminent and current rates are not cause for alarm. However, they do indicate changes in the shallow magma storage system at Mauna Loa,” the Hawaii Volcano Observatory wrote in a Tuesday press release.

“As has happened before, it is possible that current low-level unrest will continue and vary in intensity for many months, or even years without an eruption,” the observatory said. “It is also possible that the current unrest is an early precursor to an eventual eruption. At this time, we cannot determine which of these possibilities is more likely,” the release adds.

Under the observatory’s color-coded alert chart, the volcano is currently at the “yellow” level, which refers to a “background, non-eruptive state.” The lowest alert level is green, followed by yellow, orange and red. Red means that an eruption is expected in the near future.

According to Janet Babb, a geologist and spokesperson for the USGS, alert level changes are considered carefully before being undertaken.

“A lot of discussion goes into it because it has ramifications,” Babb said, according to multiple reports.

Last year, the Kilauea volcano in Hawaii erupted, prompting the evacuation of around 10,000 people. As a result, US President Donald Trump decreed federal funding for Hawaii, providing both state and local authorities with assistance in recovery efforts in areas affected by the eruption.

“If you look at the long-term eruptive history of both volcanoes, when one volcano in the past was active, it seems like the other volcano was quiet,” USGS volcanologist and geologist Frank Trusdell said, referring to Kilauea and Mauna Loa.

However, “it is not as if Kilauea is stealing Mauna Loa’s volume,” he added. “It has more to do with the interaction and the buttressing of the volcanoes.”

On Wednesday, a volcano in the popular Italian island of Stromboli off the north coast of Sicily erupted, releasing large amounts of molten lava and ash. One person, believed to be a tourist was reportedly killed.