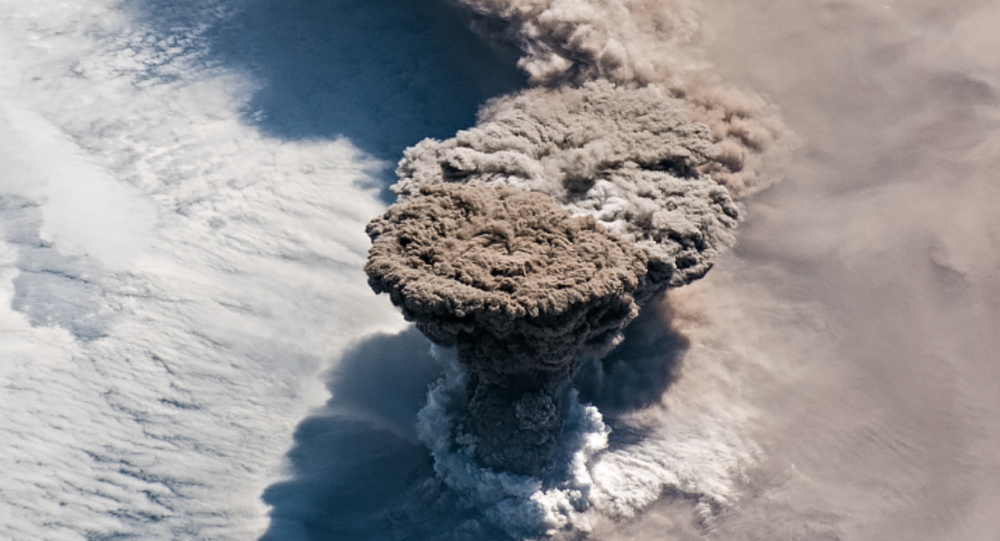 New photos captured by the International Space Station on June 21 show a thick, brown ash plume rising following the eruption of the uninhabited Raikoke Volcano in the northwest Pacific Ocean.

Last week, the volcano erupted for the first time in almost 100 years, causing plumes to billow from its crater. The most recent previous eruption at Raikoke was in 1924, and the one before that was in 1778. 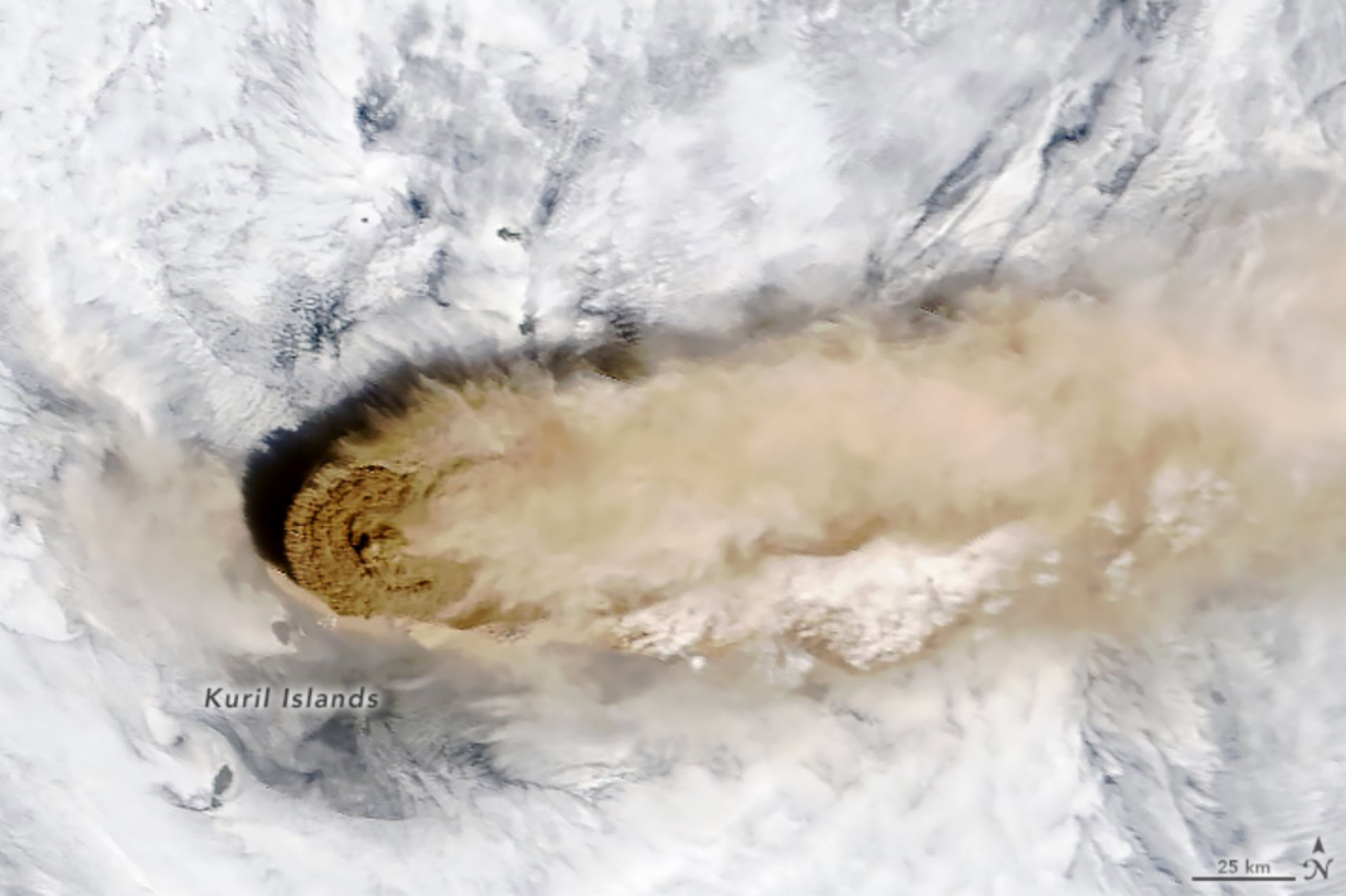 “Several satellites — as well as astronauts on the International Space Station — observed as a thick plume rose and then streamed east as it was pulled into the circulation of a storm in the North Pacific,” NASA wrote in a June 22 press release.

“What a spectacular image. It reminds me of the classic Sarychev Peak astronaut photograph of an eruption in the Kuriles from about ten years ago,” said Simon Carn, a volcanologist at Michigan Tech, NASA reported in its release.

The official also noted that the ring of clouds at the base of the volcano appears to have been formed by the condensation of water vapor. 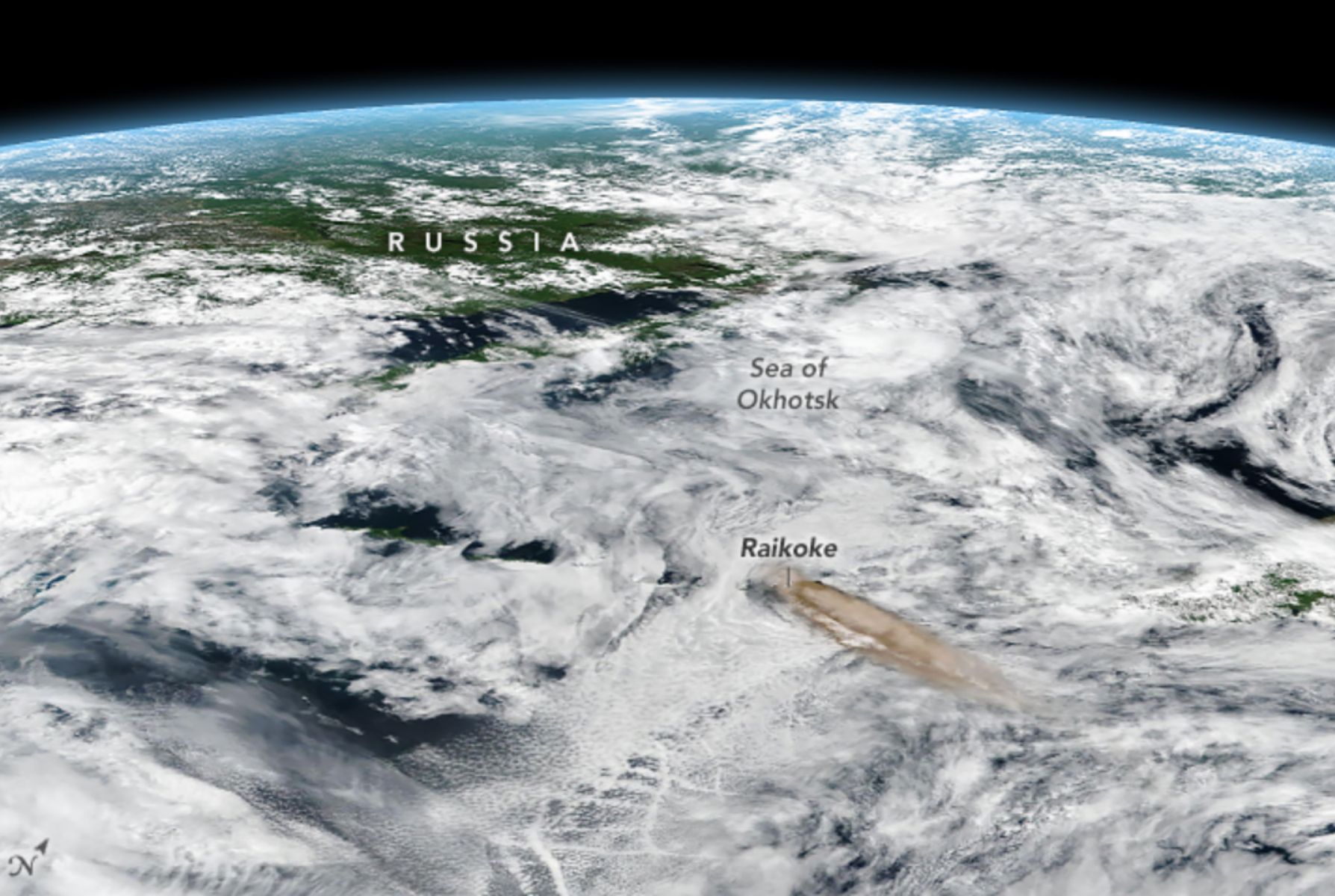 “The ring of white puffy clouds at the base of the column might be a sign of ambient air being drawn into the column and the condensation of water vapor. Or it could be a rising plume from interaction between magma and seawater because Raikoke is a small island and flows likely entered the water,” Carna added.

Satellites have also been monitoring the movement of sulfur dioxide (SO2) and other volcanic gases released by the explosion. Toxic gases may have already reached the stratosphere, the second layer of Earth’s atmosphere.