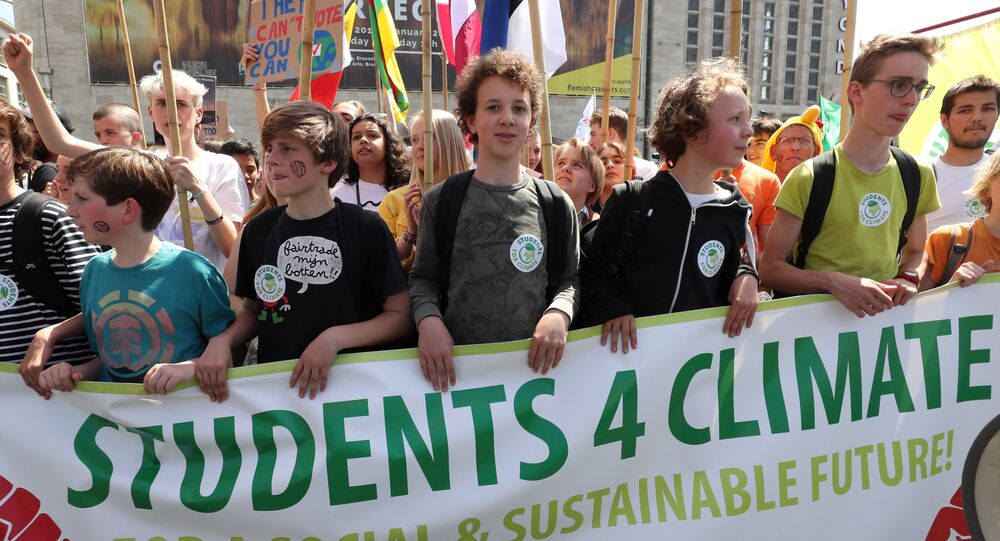 Hundreds of thousands of students around the world walked out of class Friday, demanding political action against the climate crisis.

Students in more than 1,664 cities across 125 countries registered for the strike, according to event organizers Fridays for Future, a movement started in August 2018 by then-15-year-old Swede Greta Thunberg.

​Thunberg spearheaded the movement last year by picketing outside Sweden's parliament in Stockholm. The last organized protest, the Global Climate Strike, saw 1.6 million people across 133 countries show up on March 15. The number of strikers this time around is predicted to exceed that mark.

​"May 24 is the last chance to affect the EU elections. Politicians are talking about the climate and environmental issues more now, but they need more pressure," Thunberg told Time Magazine in March. Elections for the European Parliament are currently taking place.

​"Young people who are in developing countries are sacrificing their education in order to protest against the destruction of their future and world," she added. "They are the real heroes."

​On Friday, photos and videos of the strikes from Seoul, South Korea, to Auckland, New Zealand, were shared on social media. Students are urging governments to adopt more aggressive measures to slash greenhouse gas emissions.

​In Australia, for instance, students are calling for the government to generate 100% of its electricity through renewable energy by 2030.

​In the US, students are calling for implementation of the Green New Deal, which aims to make the US a zero-emissions country in just 10 years by abolishing the use of fossil fuels and switching the entire economy to renewable sources of energy. Protest organizers have also met with European Parliament members and have received positive feedback from the UN Secretary General Antonio Guterres and former German Chancellor Angela Merkel.

"Today, we have the opportunity to say, 'We hear you,'" UK Labour Party leader Jeremy Corbyn told Parliament, according to Reuters. "By becoming the first parliament in the world to declare a climate emergency, we could, and I hope we do, set off a wave of action from parliaments and governments all around the world."