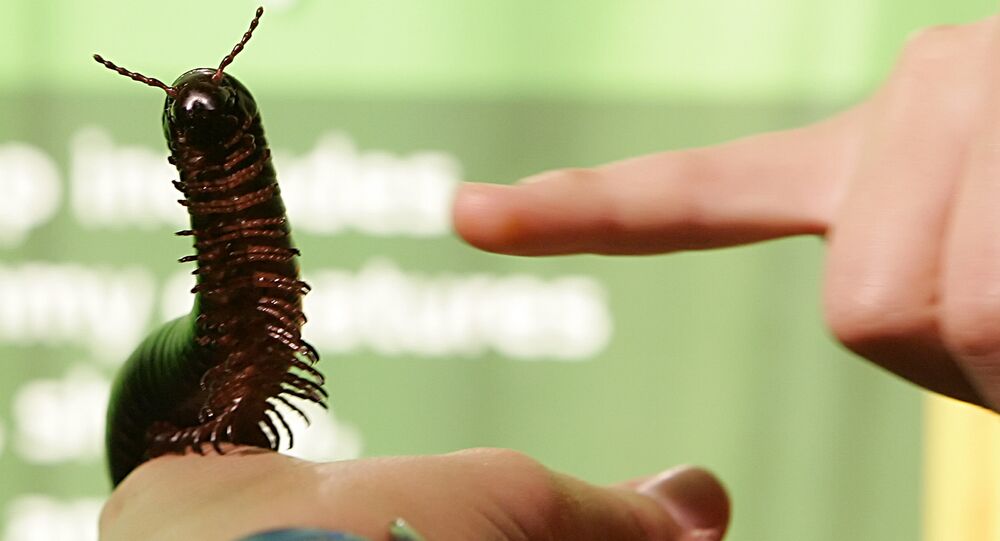 The body of this millipede is very unusual and it differs to a great degree from any of its contemporary relatives, scientists say.

A tiny millipede, just 8.2mm long, was recently found in a 99-million-year-old amber in a Burmese jungle. To the delight of the paleontologists, the millipede was perfectly preserved which allowed the experts to make a very detailed digital reconstruction of it.

"We were so lucky to find this specimen so well preserved in amber! With the next-generation micro-computer tomography (micro-CT) and the associated image rendering and processing software, we are now able to reconstruct the whole animal and observe the tiniest morphological traits which are rarely preserved in fossils. This makes us confident that we have successfully compared its morphology with those of the extant millipedes."

According to media reports, the unique finding was unearthed alongside as many as 529 individual millipedes at a mine in north Myanmar's Hukawng Valley. However, it was the sole representative of its order. It was named Burmanopetalum inexpectatum, which is Latin for "unexpected in Burma".

Details concerning this millipede were published in the free-access journal ZooKeys.