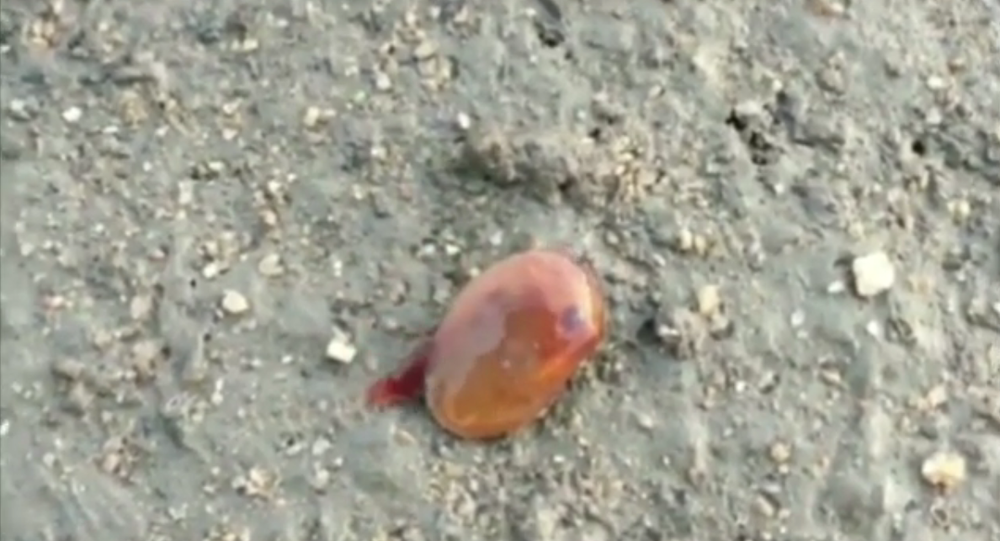 Ryan Booth, a 23-year-old man from California, was in for quite a surprise when he stumbled upon a bizarre-looking translucent creature crawling near a vernal pool located not far from his residence in Orange County.

A video of this encounter that was later posted online shows the creature attempting to move around on gravelled ground, using grotesque appendage to propel itself.

"I assumed it was a flower of sorts that had fallen there, but as I approached it, I saw what looked like a little foot moving in and out of a shell", he said as quoted by the Daily Star. "It had a bivalve appearance, like a clam. It was, in fact, shiny and slimy, and almost transparent where I could see a shadow of what was inside".

While he initially thought that the thing he stumbled upon was some kind of malformed egg or an embryo, Booth consulted social media and learned that the creature he encountered was a California clam shrimp – a crustacean that resembles, but is not related to, bivalve molluscs, and uses its tough shell to protect itself against predators.