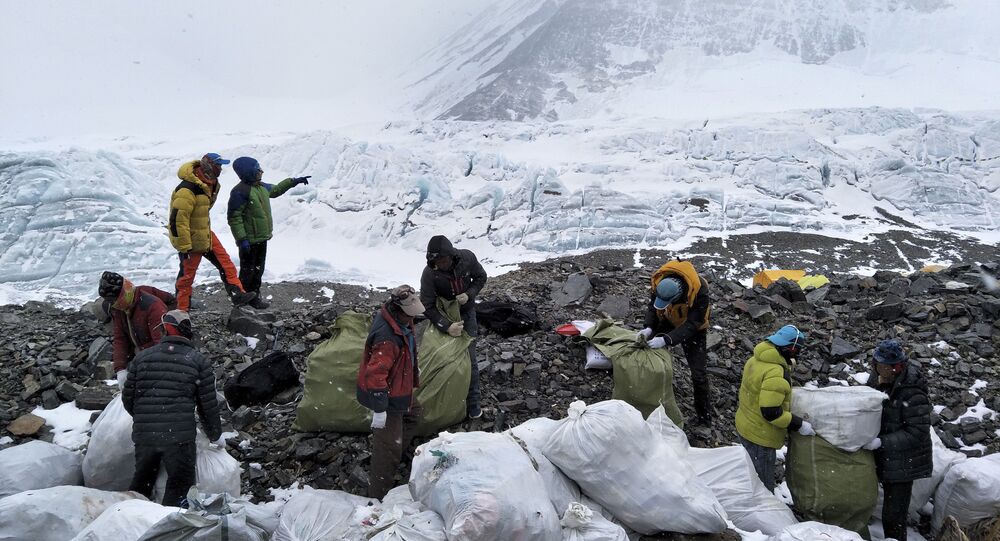 Sunday, the Nepalese government’s Department of Tourism announced at least 3,000 kilograms of garbage have been collected from Mt. Everest as team members continue a 45-day cleanup campaign that seeks to remove a total of 10,000 kilograms of waste.

The tourism head estimates the campaign will cost approximately 23 million Nepalese rupees by its conclusion.

This recent effort comes as Nepal's side of Everest saw a record 802 summits, which, in addition to previous climbs, have resulted in both biodegradable and non-biodegradable waste being littered across the mountain, according to Alan Arnette.

"Our goal is to extract as much waste as possible from Everest so as to restore glory to the mountain," Ghimire informed press conference attendees.

According to the Department of Tourism, 2,000 kilograms of garbage were transported to Okhaldhunga landfills, while the other 1,000 kilograms were lifted to the Nepalese capital of Kathmandu by army helicopters.

According to Asia One, social organization Blue Waste to Value will be tasked with properly recycling the waste that does not end up in the landfills.

In addition to cleaning up litter, at least four bodies of dead climbers were discovered within the first two weeks of the campaign, reports Asia One. Scientists attribute the rise in corpse discoveries with the recent melting of glaciers that once covered the dead bodies.

Nepalese officials say the corpses of those recovered from the mountain will be inspected and also undergo cremation if they are unidentifiable.

"Everything on Everest, other than rock and snow, will be brought back," Tika Ram Gurung, secretary of the Nepal Mountaineering Association, noted at the conference. "The goal is to send the message that we should keep this mountain pollution free."

Tourism officials hope the project's efforts and exposure to the climbing community will usher in a new sense of responsibility for those who visit and plan to take on the mountain.