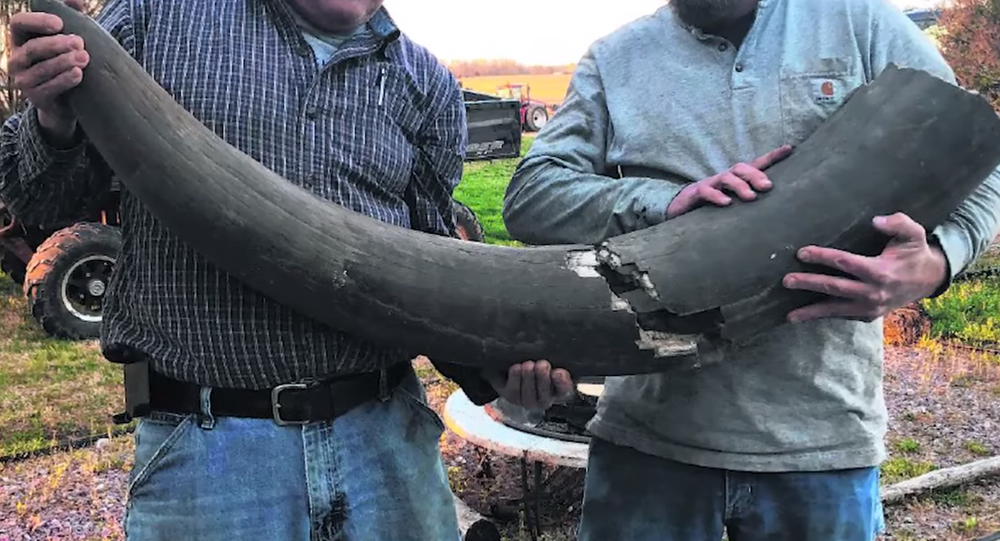 Amid a multi-million-dollar sewage installation project last week, Indiana workers stumbled upon the remains of a 10,000-year extinct prehistoric mammal whose presence predates both the elephant and woolly mammoth.

Bones unearthed by workers with Atlas Excavating in Seymour, Indiana, have now been identified as belonging to a mastodon, a now-extinct mammal that roamed North and Central America about 27 to 30 million years ago, according to archaeologists.

The fossilized bones, said to belong to a male mastodon aged 40 to 50 years, were discovered while sewage workers were digging on farmer Joe Schepman's property as part of a $15.5 million city project.

The cache includes portions of the animal's skull and jawbone (with teeth), the majority of a single tusk, two upper leg bones and a vertebrate.

"I thought maybe it was older bones or cow bones," recounted Tony Nehrt, Schepman's brother-in-law, to The Seymour Times.

Upon discovery of the massive bones, Schepman wasted no time before contracting Ron Richards with the Indiana State Museum, who not only told the farmer that the fossilized bones belonged to a mastodon, but also identified the mammal's sex by the size of its tusks and approximated its age by the teeth.

YouTube/WLKY News
Joe Schepman and his son, Brad, stand behind the entire cache of fossilized mastodon bones discovered on their property in mid-April

"The weight of them is unbelievable," Schepman told the Times. "When the tusks were on the animal, they were about 9 feet long, if you can imagine that."

Richards also told Schepman that the animal stood between 9 and 9.5 feet tall while it roamed the land.

Though the mastodon belongs to the same order as the woolly mammoth, the two are not the same species. Their physical differences are made apparent by the mastodon's smaller ears and foreheads. Additionally, the mammal's appearance in North and Central America compared to the woolly mammoth in Africa, almost 5 million years after the mastodon's extinction, draws a clear timeline between the two, according to Livescience.com.

"It was a very big animal, and it's amazing to think about what was here before us and how we don't think anything about it," Schepman's son Brad explained following his family's visit with Richards.

"It would be so cool for a kid from here to go to the museum in Indianapolis and see these bones and the tusk and know they were found in their hometown."
Schepman also revealed Richards plans to the use the vertebrae and radiocarbon dating to more accurately determine the mastodon's age.