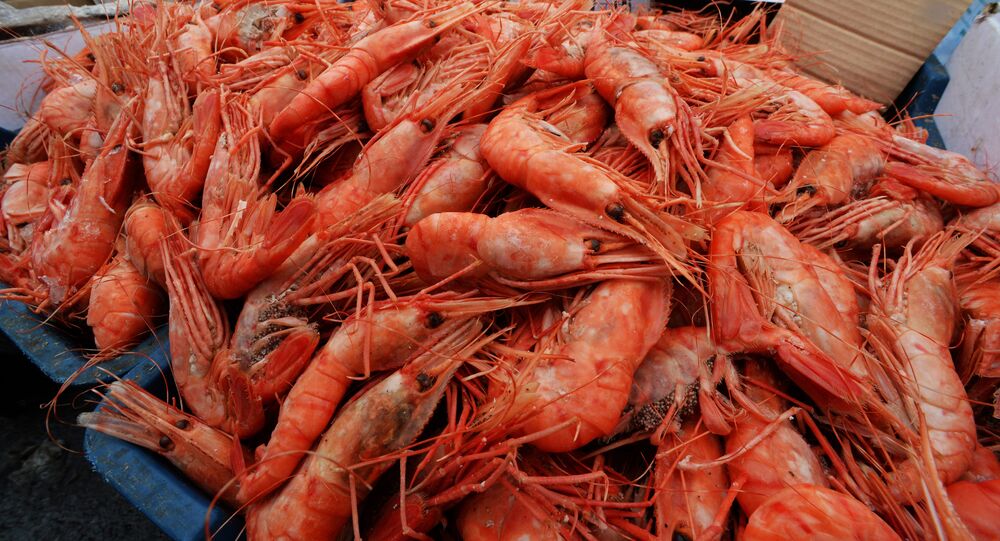 Scientists to Save Shrimp From a Lethal Viral Epidemic

In collaboration with the National Autonomous University of Mexico (UNAM) and the Vector-Vita Novosibirsk company, researchers from Tomsk Polytechnic University have developed a silver nanoparticle-based cure for the white spot syndrome virus that is lethal to shrimp.

The innovation will significantly reduce the costs of shrimp farming. The researchers' findings were published in the journal Fish & Shellfish Immunology.

The White Spot Syndrome Virus (WSSV) is a viral shrimp disease that results in great economic loss to shrimp farms. The first known case of this viral epidemic was recorded in Taiwan in 1992.

The list of countries to officially report an epidemic of this disease includes China, the US, Mexico, Cambodia, India, Indonesia, Iran, Japan, Malaysia, the Philippines, Singapore, Thailand and Vietnam.

© Photo : Wikipedia
Scientists Find Fossil REVEALING Consequences of Asteroid Impact 66m Years Ago
Finding cure for the white spot syndrome virus is vitally important for Mexico, as it is killing one of their most important export products.

The scientists state that, as a rule, once the virus infects one part of a water body, in just 2 to 10 days, 100 percent of shrimp living there end up infected. This disease is most common among the Penaeidae family of shrimp.

Together with their industrial partners and Mexican colleagues, the TPU scientific group is now developing silver nanoparticle-based medical and veterinary drugs, said Alexei Pestryakov, a professor at the TPU Research School of Chemistry & Applied Biomedical Sciences.

"Our results show that a single dose of metallic silver in the nanomolar range promotes a better survival rate among most of the treated shrimp," he said.

The research authors state that one of their goals is to optimize large-scale treatment of shrimp, as treating them individually is less practical. They are now developing several ways to use the medication — in water, with food or any other way.

"The developed nanosilver-based medication can adapt to different types of pathogens and carriers — from people, cows, dogs and chickens to plants," Pestryakov added. "The range of potential users is quite wide."