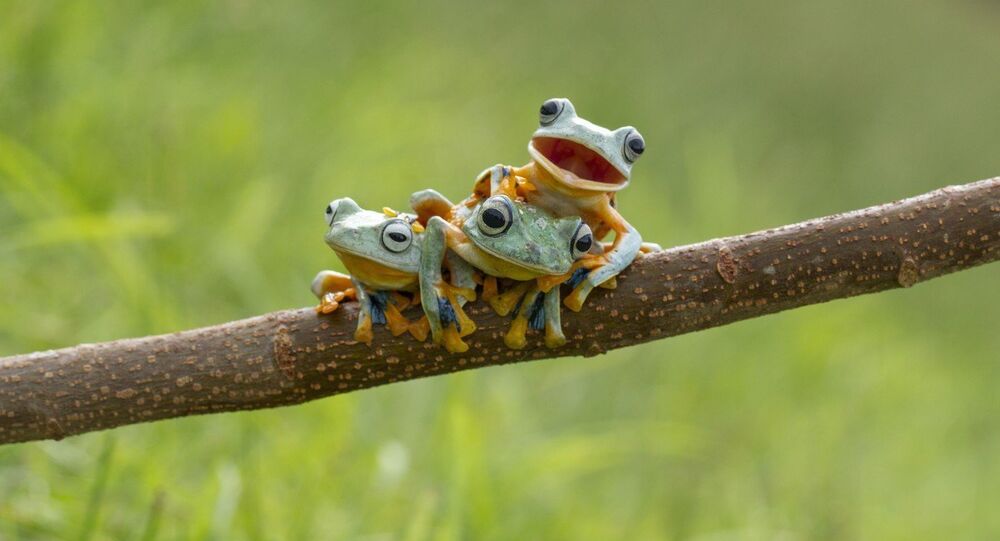 The demise of amphibians may be right around the corner, according to an alarming new study published in the journal Science, revealing that the populations of at least 501 frog and other amphibian species have experienced a “catastrophic and ongoing loss” due to a widespread disease.

According to the March 29 report, chytridiomycosis (chytrid), an infectious disease caused by the chytrid fungus (Batrachochytrium dendrobatidis), has played a "role in the decline of least 501 amphibian species over the past half-century and has contributed to "90 presumed extinctions" of amphibian species since the 1980s.

© Photo : ugreptiles
Alarm Kicks In: Sad Frog Screams Hilariously When Someone Touches It

"The results are pretty astounding," according to Benjamin Scheele, one of the project's lead researchers, cited by the Guardian.

"We've known that chytrid is really bad for the better part of two decades but actually researching and quantifying those declines, that's what this study does," he added.

"The effects of chytridiomycosis have been greatest in large-bodied, range-restricted anurans [frogs] in wet climates in the Americas and Australia. Declines peaked in the 1980s, and only 12 percent of declined species show signs of recovery, whereas 39 percent are experiencing ongoing decline. There is risk of further chytridiomycosis outbreaks in new areas," the study's abstract explains, also adding that chytrid "represents the greatest recorded loss of biodiversity attributable to a disease."

The deadly fungi, which usually lives in water and soil, is believed to have originated in Asia in the 1980s, rapidly spreading throughout the world through legal and illegal pet sales.

The disease invades and damages amphibians' skin and is believed to eventually kill the animals by wreaking havoc on their skin's ability to regulate electrolyte depletion and osmotic balance, according to an Australian Government Department of Sustainability, Environment, Water, Population and Communities report.

Although much is still unknown about how the fungus spreads, scientists believe that its most optimal conditions for growth occur between 63 and 77 degrees Fahrenheit (17 and 25 degrees Celsius).

"This should make us reflect on the damage that uncontrolled globalization may do to biodiversity. Amphibians are currently the most emblematic example of this, but similar situations can happen in any organism. If we want to preserve biodiversity, we will have to introduce barriers," Frank Pasmans, an ecologist at Ghent University who was involved in the study, stated, cited by Earther.

Make It Snappy: Devil Frog That Snacked on Dinosaurs Discovered