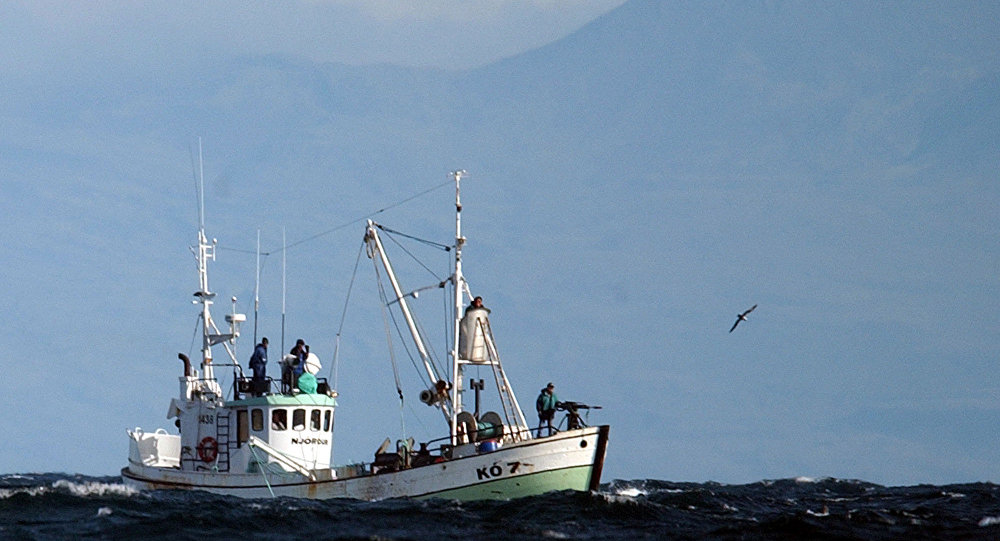 After permitting the hunting of fin whales to resume last year, Iceland’s Ministry of Fisheries and Agriculture has decided to set hunting limits on both fin and minke whales for the next five years. However, conservationists say the decision is based on flawed science. The local industry is dying, and profit remains only in export.

Iceland is one of the world's few countries that continues to hunt whales, along with Japan and Norway, and while there is a small market for the giant animals' meat on the island, most of the hunt gets shipped to Japan. Despite this, a powerful whale-hunting lobby run by Kristjan Loftsson, owner of Hvalur Hf, the only Icelandic company that hunts fin whales, successfully pushed the government to reopen whaling season last year. 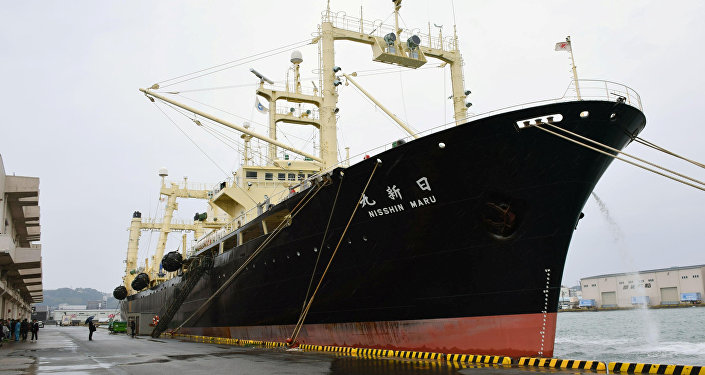 Now, reports from Iceland's Marine Research Institute and its Institute for Economic Studies have paved the way for a return of whale hunts with reassurances that the hunts would be sustainable and environmentally beneficial.

Fisheries and Agriculture Minister Kristjan Thor Juliusson announced Tuesday that whalers would be allowed to harpoon 209 fin whales and 217 minke whales every year until 2023, AFP reported, amounting to a total of 2,130 cetaceans.

"During the most recent count in 2015, [fin whale] population in the Central-North Atlantic was estimated at 37,000, or triple the number from 1987," a recent government statement said, according to AFP. Minke whales are not listed as a threatened species. 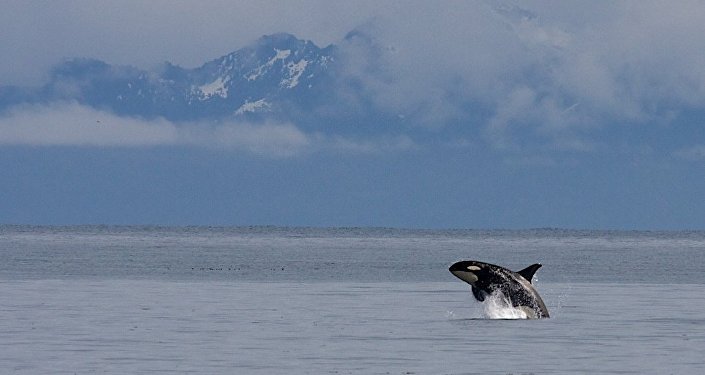 Iceland ceased whaling in 1986 when the International Whaling Commission set a quota of zero for whale hunts, citing serious concerns about the number of animals remaining in the wild. However, Iceland left that agreement in 1992, saying the lasting permanent ban violated the spirit of the deal, which was supposed to limit whaling to sustainable numbers and not be a blanket ban.

The Institute for Economic Studies report was co-authored by Oddgeir Agust Ottesen, a former deputy member of parliament for the pro-whaling Independence Party, something critics have used to point to his conclusions as being biased.

Kate O'Connell, marine animal consultant for the Animal Welfare Institute, told Sputnik Friday the decision, to her, "makes no economic or environmental sense, and I was very hopeful that the quotas would not have been renewed. So to say we were disappointed I think is the baseline — but honestly, very surprised that this happened."

She said there's been a lot of pushback in Iceland, where it was especially felt that the whale watching industry hadn't been consulted. 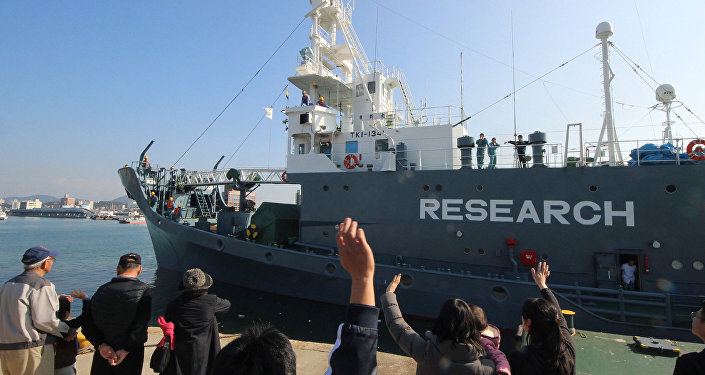 "Public opinion polls tend to show a sort of split on who supports whaling and who's against it, but this year in particular, there seems to have been a much greater number of people coming out against especially the review… upon which this decision was based. A number of people are calling it a flawed review. I think the fact that it really overlooks some more recent science and was based on studies in some cases that go back to the ‘90s — I think a lot of people were really taken aback when the fisheries minister made his decision."

Indeed, even the Fisheries Minister, who commissioned it, was forced to admit it was flawed, the UK-based Whale and Dolphin Conservation charity noted.

O'Connell said the basic premise of the review was that "you need to kill whales in order to try and protect fish stocks."

"I think that that's incredibly simplistic, and it's an approach to marine ecosystem management that is really recognized as being out of date. The marine ecosystem is far more complex than that. In some cases if you remove predators from the top of food chain, there's what they call cascading effects down the line that impact the entire marine ecosystem in a negative way. And also, the review didn't really take into account the important roles that whales play in terms of ecosystem services — you know, fertilizing the world's oceans and moving a carbon cycle through. It really was a — I don't personally find any justification for culling whales, not least because of the fact that these are incredibly sentient animals."

"There are animal welfare considerations that also were not really taken into account, I think, in the decision," O'Connell said. "That's a huge oversight. If you knew that there was going to be an animal killed — a cow, or something that you're eating — and it would take it eight minutes to die, in some cases, that would never pass traditional animal welfare standards for land animals. That is known to have happened in some cases in the fin whale hunt, and so I think that really needs to be looked into much more carefully."

Loftsson was profiled by the New York Times last August, noting the 75-year-old businessman inherited Hvalur from his father and has worked in the company his entire life. The Times describes a man who loves hunting whales and is utterly dismissive of critics of the practice.

"Mr. Loftsson likes to say that whale blood runs in his veins," the Times writes, noting that when people object to the industry, he waves them off by saying, "Just tell them to look somewhere else. They can just turn around and look the other way."

"If it's sustainable, you hunt," Loftsson told the Times, which noted that, despite questionable profitability for the trade, the businessman paid the equivalent of roughly $2.8 million in taxes in 2017, pointing to a substantial income.

The Conversation noted last May that Hvalur has been sporadically given fin whale quotas since 2006, but didn't even seek them in 2016 and 2017 due to profitability concerns. Similarly, IP-Utgerd Ltd., the only Icelandic company to hunt minke whales, took in just six whales last year, even though it was allowed a maximum of 262.

The publication noted that shipments to Japan, where Hvalur makes nearly all its money, are spotty, because companies are reluctant to carry the stigmatized meat. Ships that carry the product also routinely encounter protests at their ports of call.

"The reason is there's absolutely no domestic market for fin whale meat in Iceland," O'Connell told Sputnik. "Opinion polls in Iceland show that 81 percent of the public has never eaten whale meat, and even those that do only consume it in very small quantities; it's not a regular thing. It's not a traditional part of the food culture. And most if not all of the fin whale products are exported to Japan, where they're running into an increasingly shrinking market demand for whale meat." 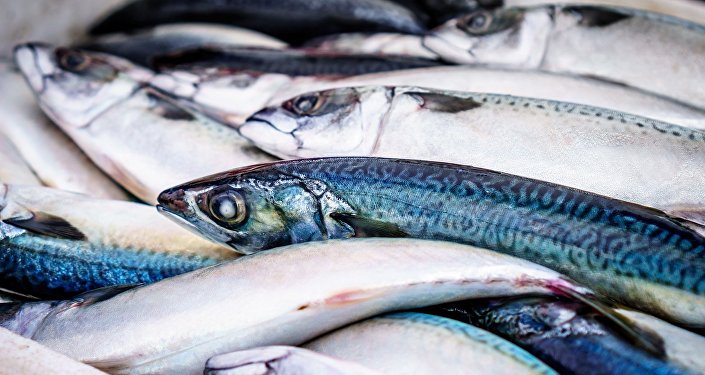 "The Japanese aren't eating whale meat in the quantities that they used to. So quite a lot of the fin whale meat that has been shipped to Japan is sitting in customs bonded warehouses. So it really — to me, that doesn't make any sense."

"[W]hale watching has far outstripped whaling in terms of the economic benefits that are given to the country," O'Connell said. "You have hundreds of thousands of people going out each year to see whales now, and when they come over to see the whales, not only are they going whale watching, they're also staying in hotels, buying food, taking tours, and so the cumulative economic impacts are far more positive for the Icelandic economy than whaling."

Jóhannes Thór Skúlason, director of the Icelandic Travel Industry Association, told the Reykjavik Grapevine last month following the reports that the tourist industry should have the benefit of the doubt when it comes to the extremely controversial whaling industry.

Stunning Miss Universe – Iceland 2018 Turns Out to Be Russian