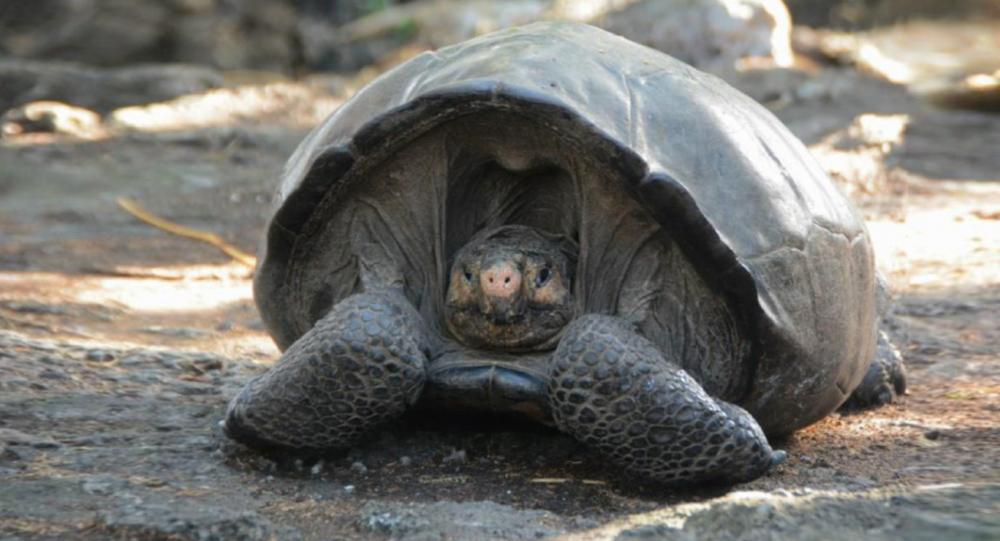 Those in the environmental community have reason to celebrate this week, as not one, but two otherwise missing species have been rediscovered by researchers and conservation groups on the Galapagos Islands and in Indonesia.

Those in the environmental community have reason to celebrate this week, as not one, but two otherwise missing species have been rediscovered by researchers and conservation groups on the Galapagos Islands and in Indonesia.

Most news concerning the environment has not been positive as of late, whether it be the freak heatwaves Down Under or the global climate in general. However, the rediscoveries of the Wallace's giant bee in Indonesia and the Fernandina giant tortoise on the Galapagos Islands present environmentalists with the chance to gather new data to better understand the current state of nature.

A release issued early Friday morning in Australia announced the rediscovery of the rare Wallace's giant bee, believed to be extinct since its disappearance to scientists in 1981, on the North Moluccas island group in Indonesia.

Researchers and conservationists with the group say they stumbled upon the female specimen living inside a termites' nest in a tree nearly two meters off the ground.

WORLD’S LARGEST BEE: Take a look at Wallace’s Giant Bee. It’s the biggest bee in the world and hasn’t been seen in over 30 years… until now. pic.twitter.com/327I8lDvXA

The average Wallace's giant bee, which is said to get as large as a human adult's thumb, possesses a wingspan of more than two and a half inches, according to previous research compiled by the team.

"To see how beautiful and big the species is in real life, to hear the sound of its giant wings thrumming as it flew past my head, was just incredible. My dream is to now use this rediscovery to elevate this bee to a symbol of conservation in this part of Indonesia," nature photographer Clay Bolt's statement reads within the Friday release.

Despite its large size, scientists say the bee remains elusive, and the female's nesting construction, made of resin and wood, is one of the few things actually known about the creature.

Across the Pacific Ocean, a joint expedition by the Galapagos National Park and US-based Galapagos Conservancy resulted in the rediscovery of the Fernandina giant tortoise, a species of reptile that has evaded scientists' eyes for 113 years.

The Wednesday posting by Ecuador's Ministry of the Environment revealed the tortoise was discovered February 17 "in a patch of vegetation in the lower area of Fernandina Island."

"This encourages us to strengthen our search plans to find other turtles, which will allow us to start a breeding program in captivity to recover this species," Danny Rueda, director of the Galapagos National Park, explained.

Previous investigations into tracks and scat around the island lead researchers to believe there may be more of the giant tortoises present there.

Researchers have since moved the adult female Fernandina giant tortoise specimen to a breeding center on Santa Cruz Island for genetic testing and other examinations to determine what makes the creature unique.

As for the other discovered species, clips from the trip and rediscovery of the Wallace's giant bee are now being compiled and produced into a documentary film: "In Search of the Giant Bee."