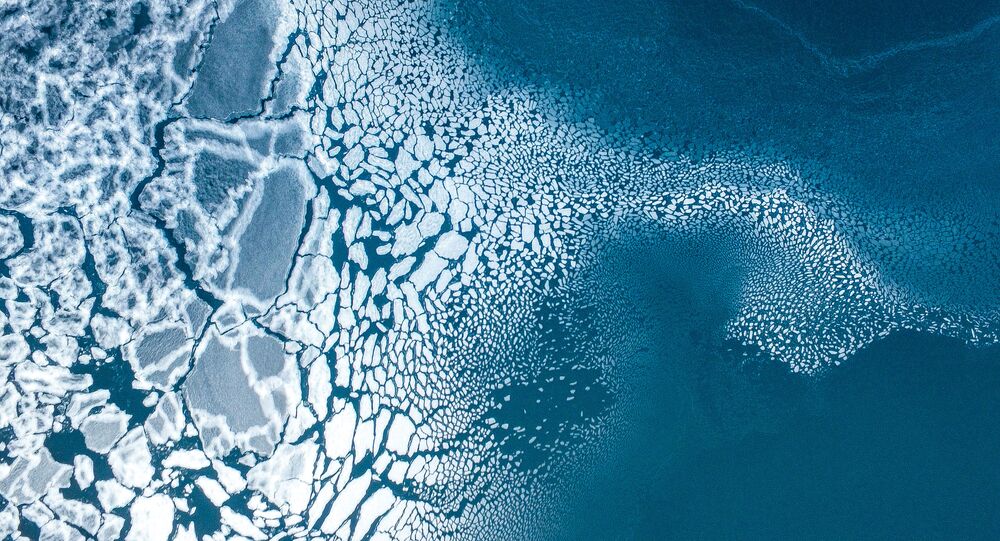 In a rare, positive twist regarding climate change, Greenland could soon begin to export sediments that are being washed into the sea as the island’s ice sheet melts with rising global temperatures.

In a study published Monday in the journal Nature Sustainability, researchers discuss how the ice flow dynamics of the Greenland ice sheet (vast body of ice covering roughly 80 percent of the surface of the country) could impact sediment production.

© Sputnik
Is There a Connection Between Meat Consumption and Climate Change?

"Future acceleration in glacial flow and ice sheet melt will amplify Greenland's supply of sediment to the coastal zone," the study's abstract states, also adding that global sand and gravel reserves are slowly being depleted, while demand has increased over the years "due to urban expansion, infrastructural improvements and the enhancement of coastal protection in response to climate change."

The worldwide demand for sand was around 10 billion tonnes in 2017 and had a market value of $99.5 billion. The market value is projected to be $481 billion in 2100, according to the findings. With a 10 percent unemployment rate, Greenland has struggled to diversify its economy for years.

"The changing Arctic conditions help pave a sustainable way for the country towards economic independence. This way, Greenland could benefit from the challenges brought by climate change," the abstract adds.

If the entire Greenland ice sheet melted, it could raise global sea levels by about seven meters.

"You can think of it [the melting ice] as a tap that pours out sediment to the coast," lead author Mette Bendixen of the University of Colorado's Institute of Arctic and Alpine Research told Reuters.

Although mining sand and gravel could boost Greenland's economy, the study also notes that the Arctic island would have to take into account the risks associated with coastal mining.

"If Greenland is to benefit from sand extraction, we must raise awareness about the resource both locally and globally," Minik Rosing, a professor at the University of Copenhagen's Natural History Museum of Denmark who was also involved in the study, told Science Daily.

"The Greenlandic people must be part of this. Greenland has rigorous resource legislation, and authorities and industry must collaborate to minimize potential negative impacts of extraction on the environment."

Dark Zone: Greenland Ice Melting a Threat to Everyone