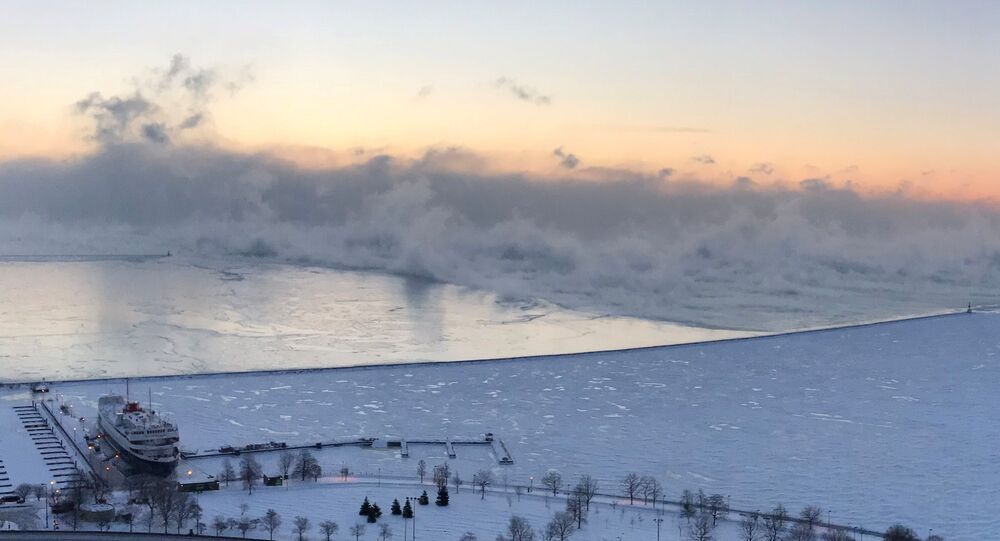 Dangerously cold weather brought to parts of the US Midwest and Northeast this week by a polar vortex episode has Americans encountering a slew of unusual weather phenomenons.

Everything from snow squalls to steam fog and flash freezes have been causing mayhem in the US, forcing residents in affected areas to either gaze from afar or simply stay put indoors.

​Most recently, local news station WGN9 reported that folks living in the Chicago area were beginning to hear loud booms, which were likely the sounds of frost quakes (aka cryoseisms). The sounds occur when the pressure of frozen underground water builds, ultimately cracking both soil and rock.

After the station did a segment on the quakes, their social media pages exploded, with viewers trickling in to share their experiences.

"I thought I was crazy!" wrote one user on Facebook. "I was up all night because I kept hearing it. I was scared and thought it was the furnace. I kept walking through the house. I had everyone's jackets on the table in case we had to run out of here."

"I heard these noises a couple times last night. Very scary. Kept thinking something was breaking," another viewer wrote.

"My son and I were watching a movie, and turned it off because we kept hearing these noises," another wrote. "It sounded like an animal fell on our roof, or someone through [sic] something at the side of the house, or a bird flew into the house."

"There were boom sounds going on for a while. Very odd. Thanks for clarifying this weather related scientific phenomenon. Makes sense," they added.

​A snow squall was to blame for a chain-reaction car crash that occurred on Route 222 near Wyomissing, Pennsylvania, earlier this week. That particular incident involved at least 27 vehicles. Other similar accidents were reported on Interstate 90 in New York and elsewhere in the Keystone State.

The polar vortex has been blamed for several deaths across the region. University of Iowa officials recently reported that a student was found "unresponsive" behind an academic hall. He later died at a hospital.

Although an official cause of death hasn't yet been determined in this particular case, officials have indicated that the cold weather was a factor.