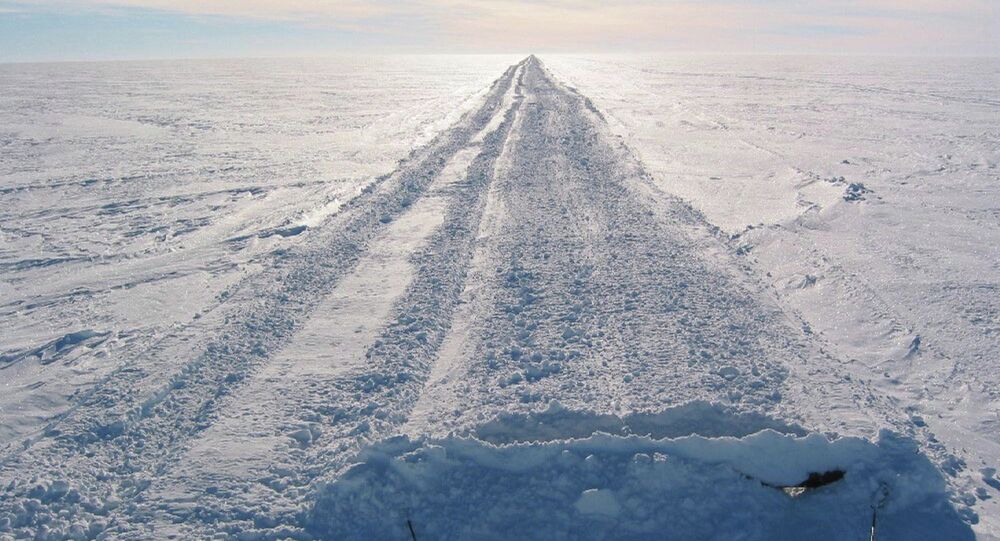 A bitter, deep freeze and wind chills are forecast to head toward the US Midwest and Northeast this week, according to the National Weather Service (NWS).

"A frigid arctic air mass is expected to spread across much of the north central and northeastern US this week. These are the coldest wind chill values expected over the next several days. Check forecasts from your local NWS office for details specific to your area," the NWS warned Monday, referring to the polar vortex: cold air high up in the atmosphere that usually lies over the North Pole, but which is moving down from the Arctic Circle over parts of the US this week.

​The upper Midwest could be hit by —60 degrees Farenheit wind chills, and the upper Mississippi Valley could see chills as brutally cold as —55 degrees Fahrenheit.

On Monday, the NWS Weather Prediction Center issued warnings stating that temperatures in the upper Great Lakes and upper Mississippi Valley will be 10 to 20 degrees below average this week, marking the "coldest air mass in years," according to the weather service.

​The majority of New England is under a winter storm watch, while most of the Great Lakes region is under a winter storm warning. Areas of Missouri, Illinois, Indiana and Ohio are under a wind chill watch, while parts of Louisiana, Tennessee, Alabama, Kentucky and West Virginia have been placed under winter weather advisories. The western parts of Minnesota and Illinois, as well as North and South Dakota, are under wind chill warnings, the NWS also reported.

"A couple inches of snow can fall in Jackson, Mississippi; Birmingham, Alabama; and Chattanooga, Tennessee," AccuWeather meteorologist Kristina Pydynowski said. "Travel can become slippery and treacherous as roads rapidly turn from wet to slushy and icy."

​It will start snowing in the Chicago area on Sunday night (January 27); the extreme cold marked by record low temperatures is expected to last until Friday.

"I cannot stress how dangerously cold it will be," said Mike Doll, a senior meteorologist at AccuWeather. "An entire generation has gone by without experiencing this type of cold in the Chicago area."

On Sunday, temperatures dropped to negative 44 degrees Fahrenheit in Minnesota, breaking the previous record for the most frigid weather ever experienced there by 8 degrees, according to the NWS, while "dangerous, life-threatening cold air" will envelop Iowa from Tuesday through Friday. The Des Moines, Iowa, branch of the NWS warned residents that "this is the coldest air many of us will have ever experienced," cautioning people to "avoid taking deep breaths, and minimize talking" if outdoors.

Eleven major airlines, including American, Delta, United and Southwest, have issued travel warnings for multiple airports throughout the US affected by the polar vortex, allowing travelers to change their trips with no fee if their flight plans are affected "by severe weather or other uncontrollable events."