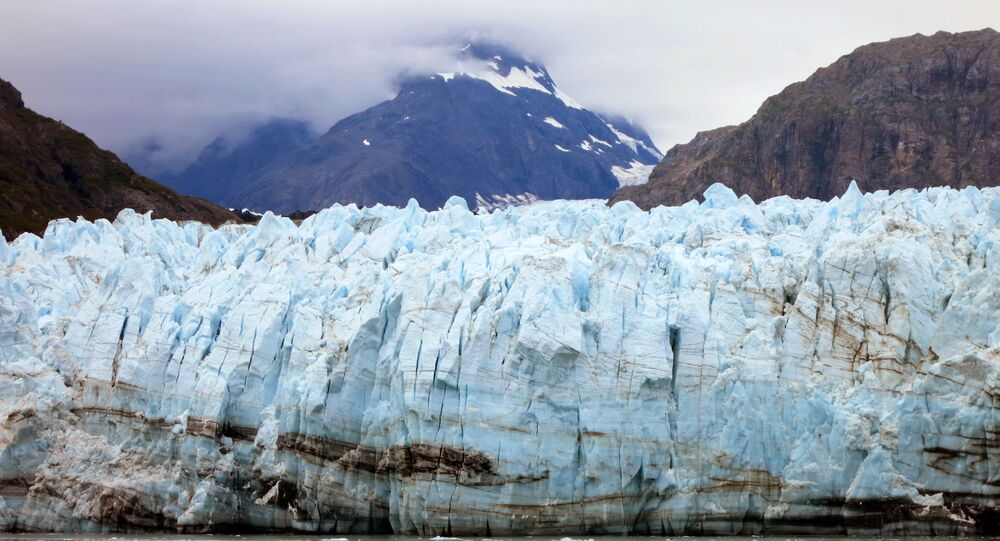 North America’s glaciers are disappearing at four times the rate previously believed, a new study has found, and it’s believed global warming is the cause.

Researchers monitoring North America's glaciers have found the giant ice masses are shrinking much faster than before. Tracking over 15,000 icefields, they compiled what they call the "first comprehensive assessment of glacier mass loss for all regions in western North America," outside of Alaska. The results of their study were published last month in Geophysical Research Letters.

© Sputnik / Alexey Filippov
‘Back to the Holocene’: Landmark UN Climate Change Report a Call to Action

"We used spaceborne optical satellite imagery to produce thousands of digital elevation models to assess recent mass loss for glaciers in western North America outside of Alaska," the authors, who hail from the University of Northern British Columbia, the University of Washington, NASA's Jet Propulsion Laboratory, Ohio State University and the Université de Toulouse, write in the study abstract.

"Our work provides a detailed picture of the current health of glaciers and ice outside of Alaska than what we've ever had before," Brian Menounos, a professor at the University of Northern British Columbia and the first author of the study, said in a January 15 statement. "We determined that mass loss dramatically increased in the last 10 years in British Columbia's southern and central Coast mountains, due in part to the position of the jet stream being located south of the US-Canada border."

"This mass change over the last 18 years is partly explained by changes in atmospheric circulation," the study says, noting that shifts in the jet stream's latitude can be influenced by "anthropogenic warming" of the planet.

"Frequent visitors to America's glacierized National Parks can attest to the ongoing glacier thinning and retreat in recent decades. We can now precisely measure that glacier loss, providing a better understanding of downstream impacts," said co-author David Shean of the University of Washington. "It's also fascinating to see how the glaciers responded to different amounts of precipitation from one decade to the next, on top of the long-term loss."

"We're starting to understand these shorter cycles that have real impacts on how the glaciers are behaving and how much water is stored in the glaciers," Shean told the Guardian. "The losses we would expect were reduced because we got a lot of additional snow. Moving forward we may not be so lucky."

Winnowing glaciers means decreased river flows, too. If the Pacific Northwest loses all its icefields, that could reduce some watersheds by as much as 15 percent during drier months, Shean told the Guardian.

The research squares with monitoring of the situation by Parks Canada scientists, the Vancouver Sun noted. The park service has been tracking the surface area of 147 glaciers in Glacier and Mount Revelstoke National Parks, noting a 12.7 percent decline in area between 2000 and 2011.

The news comes amid reports from around the world that ice deposits are decreasing. In another study published this year, glaciologists from the University of California, Irvine, NASA's Jet Propulsion Laboratory and the Netherlands' Utrecht University used aerial photographs, satellite measurements and computer models to determine that ice loss in Antarctica was 40 gigatons annually between 1979 and 1990, but from 2009 to 2017 that increased to around 252 gigatons — six times what it had been, Sputnik reported.