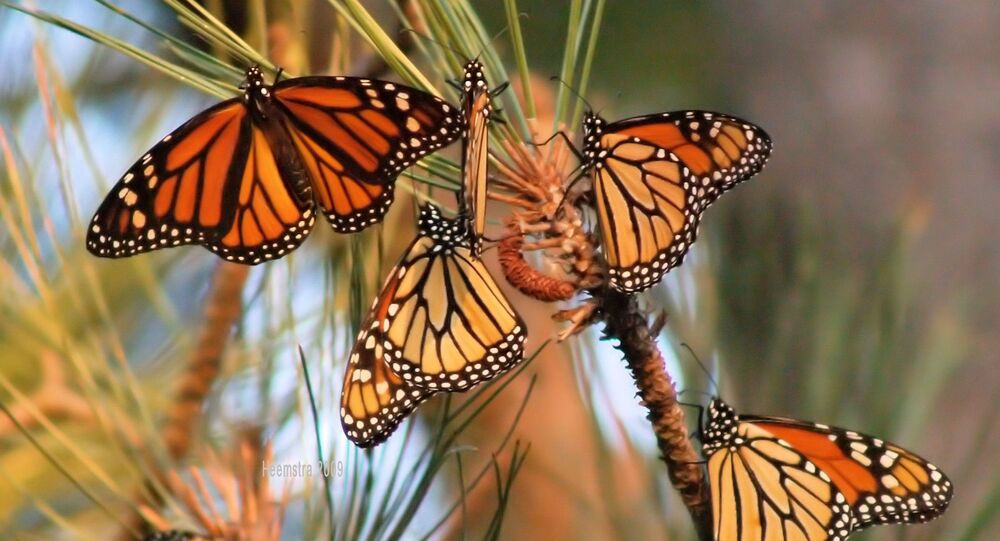 The number of monarch butterflies has plummeted by 86 percent since late 2017 in California’s coastal areas, according to the Xerces Society, a non-profit environmental organization that focuses on invertebrate conservation.

The organization estimates that the number of monarch butterflies in California decreased from 148,000 in late 2017 to 20,456 at the end of 2018. The total butterfly count is not yet complete, as Xerces Society has still not received the counts from all California "overwintering" sites.

Overwintering is the process by which some organisms deal with the frigid conditions of the winter season; monarchs do so by migrating to warmer areas. Every year, monarchs in the western US fly from California's inland areas to its coastal regions between September and February to "overwinter."

If the rest of the sites exhibit the same downward trend, there are probably fewer than 30,000 monarch butterflies in California.

"It's worse than anyone had anticipated," Xerces Society said in a statement. "We are very troubled to observe such an apparently large decline in the population this year."

Pesticides, habitat loss and more frequent droughts brought on by climate change, as well as the wildfires that burned acres of habitat in California this year, may be some of the reasons behind the decreasing butterfly population.

"The monarch population in California has gone from millions of butterflies to hundreds of thousands and now, possibly, mere tens of thousands. This is despite all the attention monarchs have received in the last few years and efforts by federal and state agencies, nonprofits and many others to conserve them and their habitats," the Xerces Society wrote in its blog post.

"All this work has clearly not been enough to save Western monarchs. So while Western monarchs appear to be suffering from some particular bad luck this year, the real concern is that the population may not be able to bounce back from this very quickly given the cumulative impact of all the stresses the population has been facing for years and years."

"If we want to have monarchs migrate through the western US, as they have for centuries, sustained work is needed. Three decades of decline won't be overturned quickly," the group added.