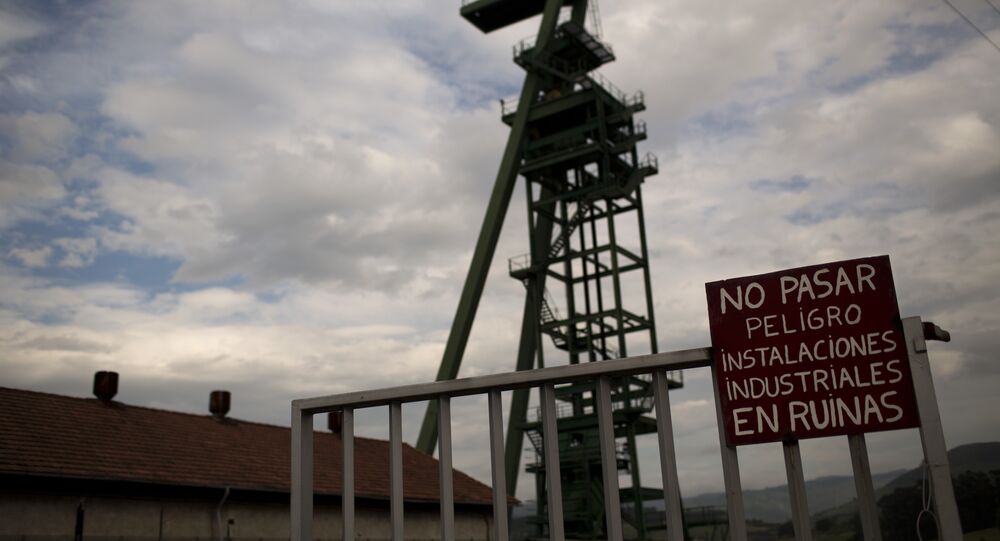 Spain will shut down every one of its coal mines this year.

© AP Photo / Stephen B. Morton
Doing Their Part: World’s Biggest Maritime Shipping Firm Ditching Fossil Fuels
Joining an increasing number of nations ending the heavily-polluting practice of fossil fuel extraction, Spain will shutter all of its remaining 26 coal mines in 2019, most of which are in the Asturias, Aragon and Castilla and Leon locales.

Over 2,000 workers will be affected by the closures, an employment number significantly lower than the 51,420 estimated coal mining industry workers in 1985.

Spanish coal is primarily sold to the nation's own thermal power plants for electricity production, according to a report from Telesur.

Similar to other developed nations in Europe, the EU member has seen its coal extraction industry decline for some 30 years.

© REUTERS / Juan Carlos Ulate
No Oil, No Army: Costa Rica First Nation to Eliminate Fossil Fuels
According to reports, two Spanish mining companies have stated their intention to continue extraction operations, despite Madrid law requiring the firms' departure from Spain and the cash return of all financial and tax aid.

Although all Spanish coal mines will be closed, the mineral will continue to be imported from Russia and Columbia — among other sources — and burned to produce electricity for power grids until 2020, according to Telesurtv.net.

Madrid has decreed that in 2020 Spanish thermal power generation plants burning coal must cease operations, shuttering for good or switching to mandated sources, including solar and wind power.