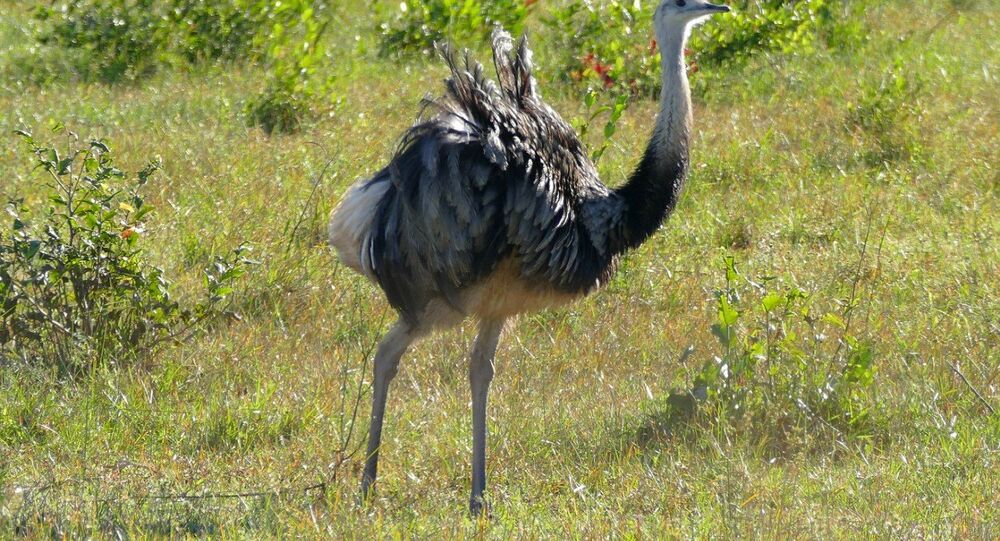 Imported into Germany from South America in the 1990s as an exotic meat product, mating pairs of the species Rhea americanus — escaping from rookeries in the areas surrounding the Mecklenburg-Western Pomerania and Schleswig-Holstein districts of Germany — saw their population quickly spread, doubling from 205 last year to 566 at the most recent count, according to reports.

The flightless birds, some as heavy as 88 pounds and standing almost 6 feet tall, have resisted all attempts at birth control and are said to be wantonly chowing down on farmers' crops. Many agriculture professionals in northern Germany are seeking to resort to shooting the birds, but face strict hunting laws.

According to Berlin's Ministry of Agriculture, the population explosion of rheas is centered in the extensive UNESCO-listed Schaalsee Biosphere Reserve, as an estimated 300 juvenile birds were born this year following a uniquely warm and dry summer.

A distant relative of the emu and ostrich but native to South America, the three-toed flightless avian monsters make quick work of profitable fields of rapeseed and cereal crops.

Alongside a claim by local farmer unions that the neozoans — defined as non-native species — cause massive damage to farm crops annually, the birds also are known to wander aimlessly onto the famed Autobahn network, hatching all kinds of high-speed trauma.

Although the rhea are not officially considered an invasive species — causing no harm to native flora and fauna — farmers have lobbied Berlin for permission to shoot the male birds as a means of culling their numbers.