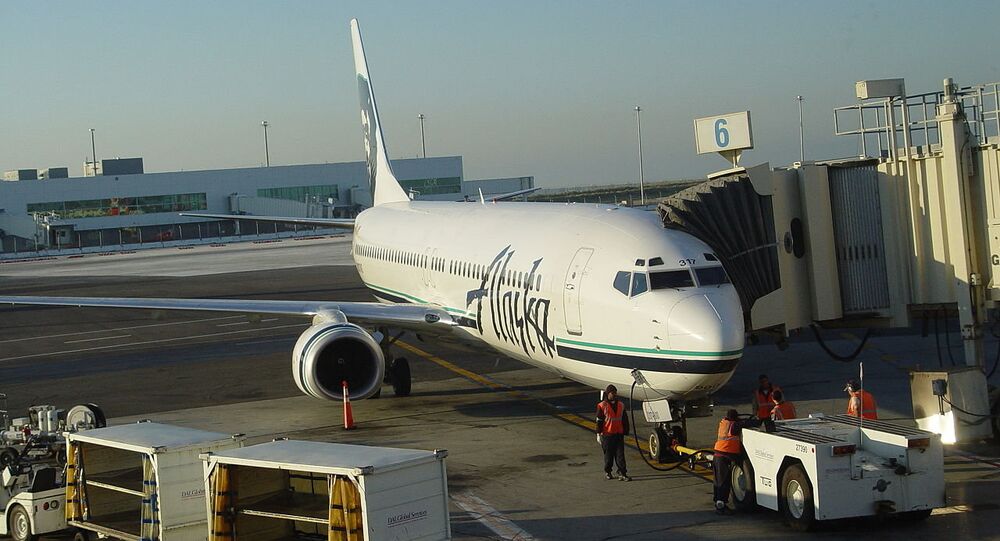 MOSCOW (Sputnik) - Russia's Federal Air Transport Agency Rosaviatsia said Friday it is ready to promptly consider requests from foreign airlines to change their itinerary over the Russian territory following a powerful earthquake in the US state of Alaska.

Earlier on Friday, a magnitude 7.0 earthquake hit southern Alaska about 10 miles north of Anchorage. Alaska Governor Bill Walker issued a declaration of disaster. Anchorage Airport significantly limits the reception and dispatch of aircraft, many passenger and cargo flights have been suspended.

© AP Photo / U.S. Environmental Protection Agency
Alaska Business Worried About US-China Trade War - World Trade Center Alaska
The tsunami warning has been issued after the earthquake, but cancelled later, the National Weather Service (NWS) said in a statement on Friday. "The Tsunami Warning in Alaska that accompanied this morning's M7.0 earthquake has been cancelled," the NWS said via Twitter.

“Flight paths connecting the countries of Southeast Asia with the North American continent pass over the Russian Federation. In accordance with existing international agreements, any changes in the intermediate or final destination must be coordinated with the air traffic services of the Russian Federation before the start of the flight,” a Rosaviatsia spokesman told reporters.