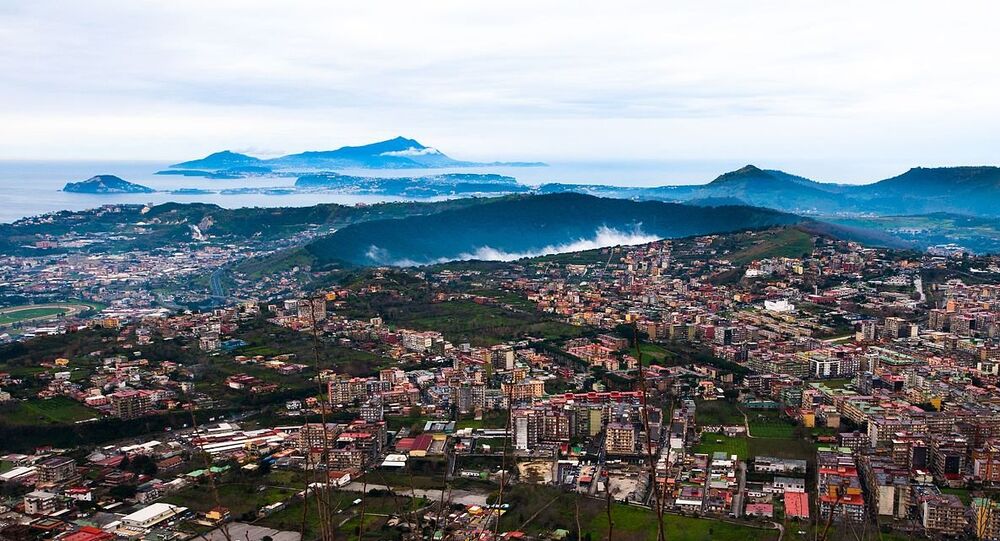 A new study published in the academic journal Science Advances on Wednesday suggests that Italy's Campi Flegrei, a supervolcano that hasn't erupted in roughly 500 years, is getting ready to kick things up a notch.

After collecting dozens of rock, mineral and glass samples from 23 previous eruption sites at Campi Flegrei, the team of researchers were able to map out a picture of the stages that the supervolcano experienced before and after each of its eruptions.

An analysis of the elements determined that there were critical changes to the temperature and water content of the supervolcano's magma, with minerals decreasing overtime as water content saw an uptick. Such changes occurred before the Campi Flegrei's Monte Nuovo eruption in 1538, which lasted for some eight days and led to the creation of a small mountain.

The researchers' findings ultimately led to the conclusion that magma is beginning to build up, signaling the start of a new caldera cycle that may result in a large eruption at the site. "We propose that the subvolcanic plumbing system at Campi Flegrei is currently entering a new build-up phase, potentially culminating, at some undetermined point in the future, in a large volume eruption," the study authors wrote.

However, the team, led by Francesca Forni, of ETH Zurich in Switzerland, also noted that their findings shouldn't send the 1.5 million people living nearby running for the hills just yet, since Campi Flegrei may stay in its current semi-dormant stage for a period of time.

"It can keep these physical and chemical conditions for a long time," Gianfilippo De Astis, one of the study's co-authors, told the New York Times.

Volcanologist Christopher Kilburn, who wasn't involved in the study, told Newsweek that whenever the supervolcano does blow its top, it's going to be a huge, disastrous event.

"Should an eruption occur, the best guess is that it will have a size and behaviour similar to that seen during the past 15,000 years or so — hence ranging from the size of the last eruption (Monte Nuovo, 1538, 0.02 cubic kilometers) to something similar to the eruption of Vesuvius that overwhelmed Pompeii and Herculaneum (c. 1 cubic kilometer)," Kilburn said.

"These are the scenarios being used to prepare mitigation plans."

The two most notable eruptions from the supervolcano are known as the Campanian Ignimbrite eruption and the Neapolitan Yellow Tuff eruption, which occurred roughly 39,000 and 15,000 years ago, respectively. According to Science Alert, both explosions "left large calderas behind them," with the Campanian Ignimbrite eruption covering an area of about 1.4 million square miles with ash.