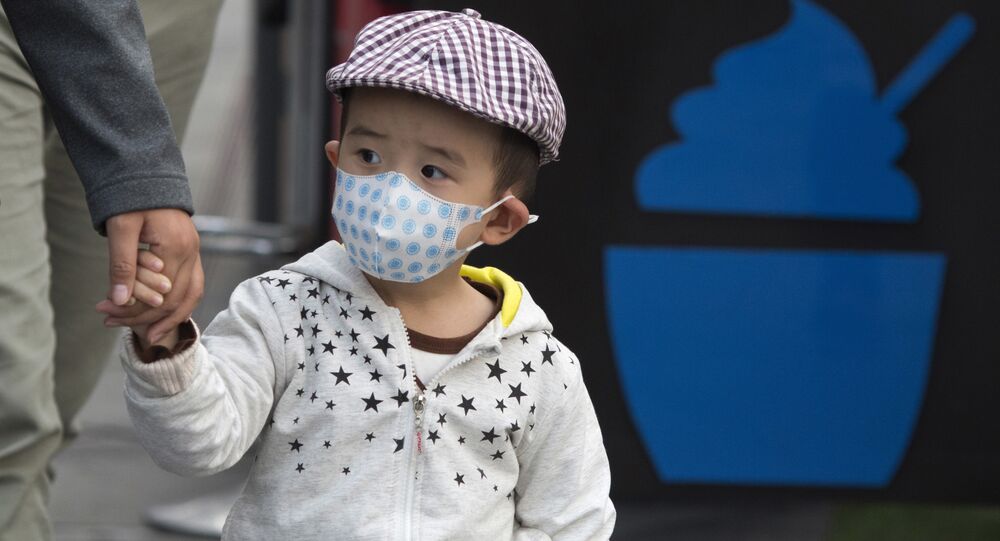 ‘This is Inexcusable:’ 93 Percent of the World’s Children Breathe Polluted Air

Around 93 percent of children under the age of 15 around the world breathe polluted air every day, which can seriously affect their health and development. In fact, according to a World Health Organization (WHO) report published Monday, 600,000 children died in 2016 from acute lower respiratory infections caused by polluted air.

Air pollution produced from cooking and heating fuels, urban transportation and industrial output can impact a child's neurodevelopment, and even lead to asthma, childhood cancer and an increased risk of developing chronic diseases, such as cardiovascular disease, later in life.

​"Polluted air is poisoning millions of children and ruining their lives," Dr. Tedros Adhanom Ghebreyesus, the WHO's director-general, said in a Monday press release. "This is inexcusable. Every child should be able to breathe clean air so they can grow and fulfill their full potential."

Children are especially vulnerable to the ill-effects of air pollution because they breathe more rapidly than adults, absorbing more pollutants, the WHO release explains. Some of the pollutants reach peak concentrations lower to the ground, where children are absorbing them.

"Air Pollution is stunting our children's brains, affecting their health in more ways than we suspected. But there are many straight-forward ways to reduce emissions of dangerous pollutants," Dr. Maria Neira, director of the Department of Public Health, Environmental and Social Determinants of Health at WHO, said in the press release.

"WHO is supporting implementation of health-wise policy measures like accelerating the switch to clean cooking and heating fuels and technologies, promoting the use of cleaner transport, energy-efficient housing and urban planning. We are preparing the ground for low emission power generation, cleaner, safer industrial technologies and better municipal waste management," she added.

The report also found that 98 percent of all children under five in low and middle income countries are exposed to levels of fine particulate matter, or PM2.5, above WHO air quality guidelines. PM2.5 consists of microscopic solids and liquid droplets in the air that are so small they can be inhaled and even absorbed by your bloodstream.

On the other, 52 percent of children under the age of five in high-income countries are exposed to PM2.5 levels above the WHO quality guidelines. In addition, the report revealed that more than 40 percent of the world's population is exposed to high levels of household air pollution from mostly cooking with toxic fuels and polluting technologies.

This report comes ahead of the WHO's First Global Conference on Air Pollution and Health in Geneva on October 30, which will allow multiple stakeholders, including government officials and scientists, to outline actions to decrease the effects of air pollution on people's health.

According to the WHO, the health sector needs to educate and provide resources to health professionals regarding pollution risks.

In addition, policies need to be implemented to decrease air pollution.

"Governments should adopt such measures as reducing the over-dependence on fossil fuels in the global energy mix, investing in improvements in energy efficiency and facilitating the uptake of renewable energy sources. Better waste management can reduce the amount of waste that is burned within communities and thereby reducing ‘community air pollution.' The exclusive use of clean technologies and fuels for household cooking, heating and lighting activities can drastically improve the air quality within homes and in the surrounding community," the WHO wrote in its press release.

Steps should also be taken to limit children's exposure to polluted air by building schools and playgrounds farther away from power plants, factories and busy roads, the release added.