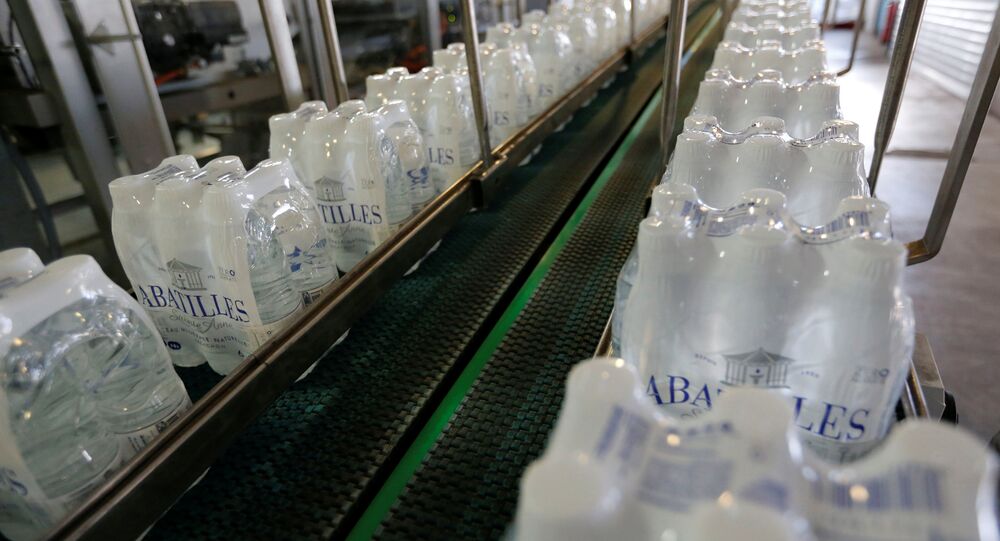 Following China's historic 2017 ban on the import of plastic waste, new data from Japan's Environment Ministry shows that local governments in the nation are foundering in garbage that they do not know what to do with.

In results released Thursday, some 25 percent of 102 local Japanese governments responding to an Environment Ministry questionnaire acknowledged that the amount of plastic waste stockpiled in regional scrap companies rose sharply between January and July, as municipalities reported waste dumps reaching and even exceeding the legal limit, according to Japan Times.

According to industry estimates, Tokyo sends some 1.5 million tons of plastic waste abroad annually. Until the imposition of the 2017 Beijing plastic ban, some 50 percent of that garbage was sent to China, up until then the world's largest importer of plastic trash.

Citing concerns about skyrocketing levels of environmental pollution in Asia's biggest nation, Beijing in 2017 banned the import of all non-industrial plastic, effectively blocking millions of tons of plastic waste that now piles up in community garbage dumps in many nations.

Currently, Tokyo has not reported cases of illegal dumping at the hands of overstressed holding sites in the nation, however, officials and industry watchers are concerned that, if the ban continues and an alternate solution is not identified, the practice will become commonplace.

Tokyo's Environmental Ministry reported its findings after conducting a January-to-July plastic waste poll surveying 122 local governments and 605 waste disposal businesses, of which 102 municipalities and 175 companies responded, according to Japan Times.

At least five local governments were found to have reached their limit and 34 municipalities reported struggling with disposing of their ever-mounting piles of the waste.

While Environmental Ministry poll respondents observed that disposal — including incinerating or shredding plastic waste — had risen some 56 percent, at least 25 percent of trash processors noted that they were upping the amount of landfill disposed by simply burying it.

Poll results also indicated that about 35 percent of trash processing companies in Japan were strongly considering restricting their plastic waste intake, even as some are currently limiting deliveries.

After the world's biggest exporter of plastic trash — the United States — Japan is the second-largest producer, per capita. Tokyo has consistently fallen behind other nations in limiting single-use plastics including shopping bags and food and drink containers, despite growing evidence of long-term environmental pollution, cited by Japan Times.

Tokyo Finance Ministry trade statistics note that in each month of 2017, Japan exported between 25,000-86,000 tons of plastic trash. To plug the gap, Indonesia and Vietnam increased imports, but many southeast Asian nations are considering a blanket ban on plastic garbage similar to that imposed by Beijing.

Japan government officials have floated the idea of mandatory charges for consumers by retailers for shopping bags and single-use plastics, as well as severely restricting the use of microplastics in toothpastes and cosmetics.

According to current estimates, about 320 million tons of plastic waste is generated annually, and until 2017, China imported only about 7.35 million tons of that global total.

Industry watchers and environmental experts agree that some 80 percent of the world's plastic trash waste is not recycled, much of it ending up in the oceans, according to Ceoworld.biz.

Driver Throws Garbage on Roadside, Locals Teach Him a Lesson