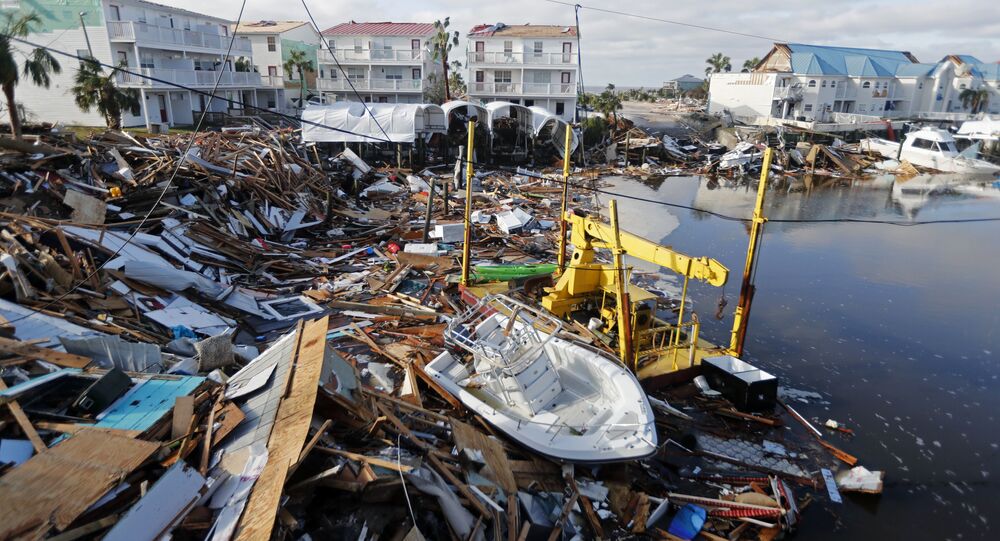 WASHINGTON (Sputnik) – The number of people, who were killed by the hurricane Michael in the United States, has increased up to 29, according to media reports.

According to the CNN broadcaster, 19 people died in the state of Florida, six in Virginia, three in North Carolina and one more in Georgia.

© AP Photo / Gerald Herbert
US Officials: Death Toll from Hurricane Michael Rises to 11 (VIDEO)
The disaster left more than 158,000 people, including about 140,000 in Florida, without electricity.

According to the Federal Emergency Management Agency (FEMA), 16,000 federal employees, including more than 8,000 military personnel, were helping with the response efforts.

The hurricane Michael hit the US southern coast leaving the city of Mexico Beach, Florida, ruined. According to the Fox News broadcaster, the economic loss caused by the hurricane may amount to some $30 billion.