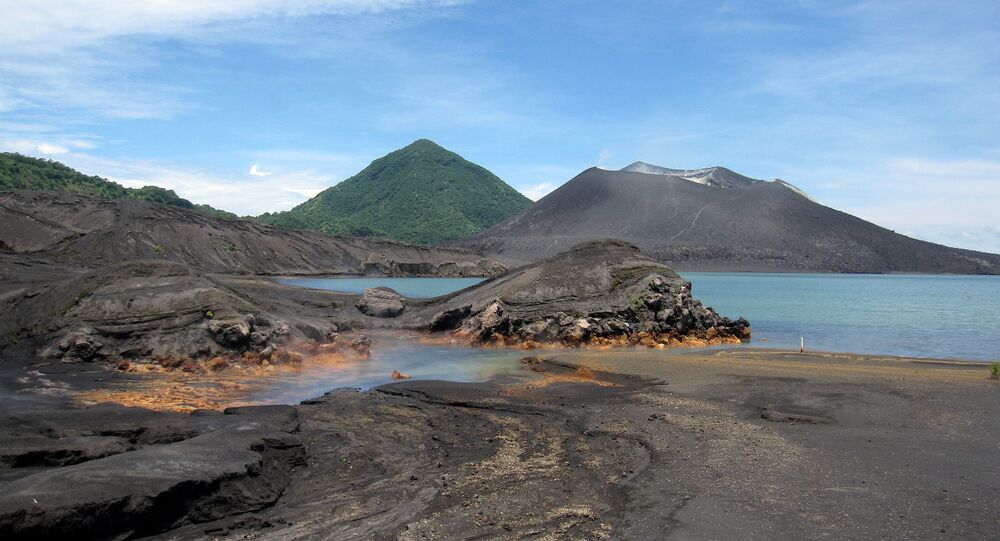 The quake and emergency warning came on the same day as a magnitude 6.8 earthquake in the south of the Kuril islands in Russia, and weeks after a devastating magnitude 7.5 earthquake and ensuing tsunami in Indonesia.

A tsunami warning was issued briefly in Papua New Guinea after a 7.0 earthquake struck the island nation Wednesday, according to US Geological Survey data, followed by a series of smaller tremors of up to 6.2 magnitude. The tsunami warning has been subsequently cancelled, according to a report by Channel News Asia

The epicenter of the earthquake, which happened at 7 a.m. local time (21:00 GMT) Wednesday, was located some 200 kilometers southwest of the town of Rabaul.

"We felt the earthquake a bit, but it was not too strong," a constable at Rabaul's police station told Reuters.

© CC BY 3.0 / Unknown / The Perekop training ship
Russian Vessel Poised for Historic Port Call in Papua New Guinea
According to the constable, there was no immediate damage in the town, but the police had yet to contact other villages located closer to the quake's epicenter.

The quake was initially recorded with a magnitude of 7.3 but was subsequently downgraded to 7.0.

Hazardous tsunamis were forecast for some coasts, the Pacific Tsunami Warning Center said, according to an AFP report.

Death Toll From Major Earthquake in Haiti Grows to 14 – Reports