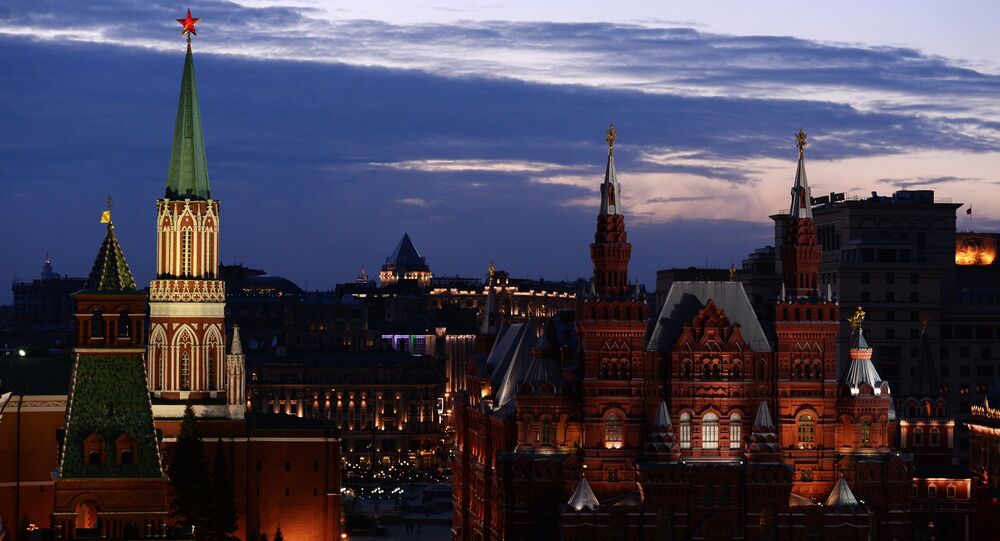 A new UN report released Monday gives humanity just 12 years to effect deep shifts in the use of technology or face climate change catastrophe including flooding, drought, heat and escalating poverty and disease.

© AP Photo / Branden Camp
Climate Change Scientist on Global Rises in Temperature: 'We Need to Act Faster'
The Earth is now 1C warmer and sea levels some 20cm higher than levels set in the preindustrial era (prior to the late 18th century) and scientists from UN Intergovernmental Panel on Climate Change (IPCC) have released a new report that seeks to motivate not just citizens and communities, but governments and bureaucracies to urgently take action to stem the damage of environmental holocaust.

In a new report released Monday, the IPCC — the planet's preeminent climate science community — warns that only a dozen years remain for global warming to be held at a 1.5C maximum above preindustrial levels, above which humanity will face a climate cataclysm never before seen in the history of civilization.

The urgency of climate change is unprecedented, say the IPCC authors of Monday's milestone report, and the message contained within the statement is now aimed not just at people but, more importantly, at those in power with the ability to strike deals, forge alliances and shift the reliance of the global financial and power-generation architecture on fossil fuels.

The necessary changes are both do-able and affordable, assert the IPCC report, and concur with the findings of the historic 2016 Paris climate accords that include mitigating the extinction of oceanic coral habitats and the disappearance of polar ice.

The new climate warning is a "line in the sand," observed Debra Roberts, IPCC impact working group co-chair, cited by the Guardian.

"What it says to our species is that this is the moment and we must act now," Roberts noted.

"This is the largest clarion bell from the science community and I hope it mobilizes people and dents the mood of complacency," she said.

The Monday report was originally commissioned by policymakers in 2016 following the ratification of the Paris climate accord.

A watershed moment in humanity's ability to address the threat of its own planetary extinction, the credibility gap since that time — particularly in politics and business — has only widened, much to the alarm of the science and academic community.

Recent setbacks to acknowledging the severity of the threat include the actions of US President Donald Trump in pulling the US out of the Paris accord, and the possibility of nationalistic candidates in Brazil opening the nation's rain forests to agribusiness.

Increasingly devastating typhoons, unprecedented drought and even uncontrollable wildfires in Arctic regions clearly show that global warming as a result of human-induced climate change is well underway, according to the IPCC.

The scientific body has now upgraded its risk warnings above previous studies, warning of ecological ruin and subsequent species die-offs — including, frighteningly, mankind — unless extreme measures are taken immediately.

Although humanity is profoundly at risk, the greatest threat is to other species.

Insects, vital to crop pollination, and the kingdom of flora — plants — are at twice the threat of losing vital habitat if temperature levels rise to 2C above preindustrial levels, note the report authors.

Sea-born algae — a key atmospheric oxygenator — are at risk as ocean temperatures rise and acidity levels increase, according to the report.

"We have pointed out the enormous benefits of keeping to 1.5C, and also the unprecedented shift in energy systems and transport that would be needed to achieve that," Skea added.

"We show it can be done within laws of physics and chemistry. The final tick box is political will. We cannot answer that. Only our audience can — and that is the governments that receive it."

Keeping rising global temperature levels at or below 1.5C above preindustrial levels is required not only now, but for the next generations, pointed out former NASA scientist James Hansen.

"1.5C gives young people and the next generation a fighting chance of getting back to the Holocene or close to it. That is probably necessary if we want to keep shorelines where they are and preserve our coastal cities," he said, cited by Pressreader.com.